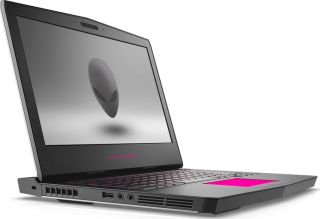 Bigger doesn't always mean better, not when it comes to laptops anyway. Evidence of this can be found in Dell's revamped Alienware 13, purportedly the world's first 13-inch VR laptop with some burly hardware inside.

The refreshed design has several advantages over its predecessor. Not only is it obviously more powerful and capable of VR gaming, it's also thinner (just 0.92 inches), lighter (around 5 pounds), more durable with an anodized aluminum top cover and steel reinforcements.

"The new chassis design delivers increased total system ventilation and enables a higher TDP with most of the thermal dissipation occurring towards the rear," Dell says.

Even the battery is better—it's now rated a 76 watt hours compared to 51 watt hours in the previous version.

The new Alienware 13 is available now.