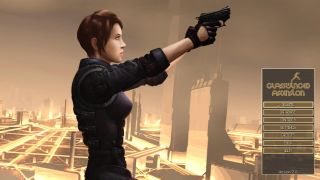 Update: Shortly after our story went up, developer Alexandra Frock noted on Twitter that "a good chunk" of the removed games were linked to a single Russian publisher, Dagestan Technology, that appeared to be operating under a large number of different names. Selecting "related apps" for individual listings of banned games reveals how they're connected: Sly Pigs, for instance, is five steps removed from Running Sausage, but only two from BattleStar Mazay.

It's a bit like a Steam version of Six Degrees of Kevin Bacon: Some of the connections in the "related games" lists aren't immediately obvious, but the steps do lead from one point to the next, and Frock appears to be onto something. A cached version of the Dagestan Technology Steam Curator page lists 48 games and 4 DLCs, but the live page is now empty.

Valve didn't reveal any specifics on involved companies or their transgressions, but it did indirectly confirm that Dagestan wasn't the only publisher involved, saying that the removals were the result of bad behavior on the part of multiple publishers. "We recently discovered a handful of partners that were abusing some Steamworks tools," a rep explained. "We emailed all the affected partners."

Something strange appears to be happening on Steam, where, as chronicled by Steam Tools, roughly 1000 games have been suddenly removed from the system. Some of the "banned" games look a little sketchy but others seem like fairly normal games (for Steam at least), and have been on the platform for months or years.

Glasswinged Ascension, for instance, has been on Steam since mid-2017, and is still listed on IndieDB, while Mind Trap has been around for about the same length of time. Electric Highways had more than 1300 very positive user reviews before it was removed (we also included it in a 2018 Free Games of the Week roundup) and Masha Rescues Grandma, a casual puzzle-adventure released in 2016 and removed a couple of hours ago, actually has a walkthrough video on YouTube with nearly 49,000 views.

None of the removed games are mainstream by any means, and there's a lot of garbage to sift through, but that's Steam in a nutshell. And given its anything goes approach to new releases, there's nothing in the list that leaps out as being especially out of line.

By my count, 982 games have been removed from the service over the past four hours. It's very odd and we're not sure why it's happening, but we've reached out to Valve for more information and we'll update when we figure it out.