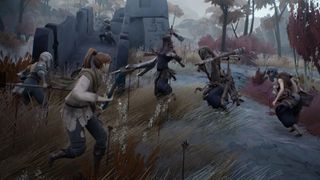 A little over a year ago, action RPG Ashen from AA4 and Annapurna Interactive was one of the most wishlisted games on Steam. That changed abruptly when Ashen became one of the first Epic Games Store limited exclusives, along with Supergiant Games' RPG Hades, which pushed back its Steam release by a full year.

That year has come and gone (somehow) and Ashen is now available on Steam and GOG. (Hades launches on Steam tomorrow).  As you might expect for a game that's been out on another platform for a year, Ashen is discounted 20% on both sites, though it remains at full price on EGS. Purchasing it bundled with its Nightstorm Isle DLC from Steam will also get you a 20% discount, and the DLC can be purchased separately for 20% off on GOG as well.

As for how well it will sell (and what the reviews will look like) on Steam and GOG a year after its Epic Store launch, that remains to be seen. There's been no shortage of complaints about Epic exclusives from players and even some developers, particularly when it comes to games that were listed on Steam for months only to take exclusive deals with Epic shortly before they launched. Some of the Epic Store's other games, such as Satisfactory and Rebel Galaxy Outlaw, remain completely exclusive to the Epic Store, while others will similarly be available on Steam (like Genesis Alpha One, coming in January 2020) when their exclusive deals expire.