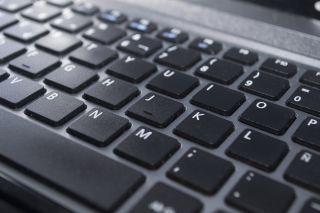 PC gaming has never been bigger, and we’re used to celebrating that on this site. But it’s also a small world. As with any other industry, friendships form, relationships happen, and sometimes those involved move from one company to another. Yesterday a number of people asked me to explain PC Gamer’s approach to staff disclosing their personal relationships with staff members of companies that are the subject of our coverage. I’ll do that here, and explain what we intend to change.

The short answer is that, until now, we’ve dealt with disclosure on a case-by-case basis. So, when an ex-employee went on to forge a career as a games developer, we made a point of noting the fact they used to work here when writing about their game, because our friendship could be deemed relevant to the coverage. But equally, when other employees have left to take a non-development job at a game publisher, as many have, we haven’t felt the need to highlight the fact every time we covered the company. It’s now clear that this kind of ad hoc approach to disclosure leaves too much room for inconsistency and misinterpretation.

I also want to address the example which has been raised recently, and which prompted this note. Our Executive Editor Tyler Wilde met his partner while both were working at Future US. She went on to take a job writing for Ubisoft’s blog. It was subsequently decided to remove Tyler from reviewing Ubisoft games. What we ought to have done was remove him from all Ubisoft coverage, or disclosed his relationship as part of the stories he went on to write.

This is what we’ll do in terms of disclosure from hereon: Tyler will no longer write or assign any coverage related to Ubisoft. PC Gamer writers will continue to be obliged to disclose any significant personal relationships with people whose work they might cover, with the expected outcome that they will no longer be assigned to that particular subject. In any situation in which the writer was still required to comment on the subject, full disclosure will be provided in the article.

More generally, we will continue to create stories we care about, and which we hope PC gamers will find interesting and entertaining. You may of course disagree with what we choose to write, perhaps strongly so, and we welcome that too. Anything we make ought to be the start of a conversation rather than an attempt to end one. The reason I wanted to join PC Gamer was because the editorial team is—and always has been—fierce, passionate, and fearless. I love this team and stand by their work entirely.

Tyler has asked for the chance to give his perspective, which you’ll find below.

I started dating my girlfriend in 2011 when she was working for a magazine in the same office. Later in our relationship, in May of 2013, she took a contract job writing for Ubisoft’s blog. At that point, I continued to work on preview and news assignments related to Ubisoft games, and my editors trusted me to share my honest opinions about a company I had been writing about for years. I was open with them (and publicly) about my relationship, but we did not explicitly disclose it in those articles.

That was a mistake. I should have taken that extra step to be completely transparent. I never felt that my girlfriend’s work on Ubisoft’s blog (and not directly developing any of its games) conflicted with my ability to share my honest opinions, but I should have considered that all you know about me is what I put on the page. You didn’t have all the information, and I regret that.

As Tim mentioned, I stopped reviewing Ubisoft games when she began working there, but going forward, I won’t offer any thoughts on Ubisoft or its games. When a trailer is released or an Assassin’s Creed bug needs investigating, the other writers and editors at PC Gamer will provide the commentary.

You can find our current reviews policy here. The guidelines for commenting on PC Gamer are here.