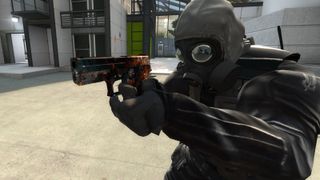 The ESL is headed back to Katowice, Poland, for a 16-team Counter-Strike: Global Offensive tournament with a prize pool worth $250,000.

Taking place from March 12-15 at the Spodek Arenda, the tournament will feature the eight Dreamhack Winter 2014 quarter-finalists—HellRaisers, Ninjas in Pyjamas, Virtus Pro, PENTA Sports, Team LDLC, fnatic, Team Dignitas, and Natus Vincere—plus eight more teams that will be determined by upcoming qualifiers. The final stage of those qualifiers will be held offline in Katowice over February 14-15.

"When we took ESL One to Katowice last year, we saw some absolutely fantastic games and experienced a great atmosphere—particularly when Virtus.pro, a Polish team, were crowned champions in front of their home crowd,” ESL Pro Gaming Managing Director Ulrich Schulze said in a statement. "Since then CS:GO has made incredible progress and we are honoured to once again have been given the opportunity to host a CS:GO Major with a US$250,000 prize purse.”

Tickets to ESL One Katowice 2015 may be purchased here, and of course the whole thing will be streamed live for the benefit of those who won't be in Poland in March. Find out more at ESL-One.com.