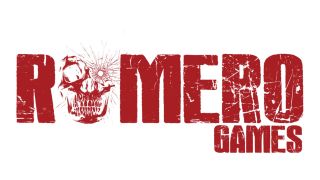 On Twitter today Brenda Romero announced that Romero Games is partnering with Paradox to create a new strategy game. All we have are the developer logos at the moment, but more details will be revealed at E3 2019.

For "advance peeks at the game's theme" you can sign up at romeroparadox.com. A few nuggets may also appear on the Paradox forums, where the game currently exists as a speculation thread. The game will be based on original IP.

“This has been a project we’ve been wanting to work on for a long time, so it’s especially exciting that we’ll be partnering with Paradox Interactive to fully realize that dream,” says Romero Games co-founder Brenda Romero, via press release. “We can’t wait to tell everyone more, so make sure you watch this space!”

On the Romero Games site the studio says it has "two games in production across several platforms". It's unclear whether the pair includes Sigil, an "unofficial spiritual successor" to the fourth episode of Ultimate Doom, due to release at some point this month after a delay from February.

Since its formation in 2015 Romero Games has released a HD update of Dangerous Dave in the Deserted Pirate's Hideout on mobile, and Gunman Taco Truck on Steam. A strategy game is an interesting change of pace for this particular studio, though Brenda Romero has worked on strategy games such as Jagged Alliance series and Tom Clancy's Ghost Recon: Commander. Let the speculation commence!