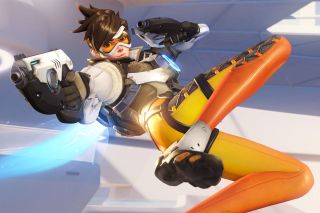 Nvidia's game streaming service GeForce Now got off to a strong start, but ran into an unexpected headache earlier this week when Activision Blizzard removed its games from the platform. That meant big hitters including Call of Duty: Modern Warfare, Overwatch, and Diablo 3 were suddenly no longer available, and for no stated reason. Nvidia said only that "per their request, please be advised Activision Blizzard games will be removed from the service."

As it turns out, the whole thing was a "misunderstanding." An Nvidia rep told Bloomberg that Activision wanted a commercial agreement in place before it agreed to participate in the platform, but Nvidia thought that the deal covering its participation in the GeForce Now beta test included the 90-day trial period for "founders" that began when the service launched.

Apparently it did not.

"Activision Blizzard has been a fantastic partner during the GeForce Now beta, which we took to include the free trial period for our founders membership," Nvidia said. "Recognizing the misunderstanding, we removed their games from our service, with hope we can work with them to re-enable these, and more, in the future."

The sticking point for Activision-Blizzard may be the fact that you don't need to purchase games on GeForce Now if you already own them on other supported stores—so if, for example, you already own Metro Exodus, you can play it over GeForce Now without having to lay out any more cash. The circumstances for wanting to do that might be pretty specific—maybe you don't feel like re-downloading a multi-gigabyte game when a short-term urge to dick around with it strikes—but even so, Activision might be reluctant to surrender control over its games in that manner without some sort of formal agreement in place.

Hopefully, such an agreement can be reached quickly, and Activision-Blizzard's games will be back on GeForce Now soon. I've reached out to Nvidia for more information and will update if I receive a reply.