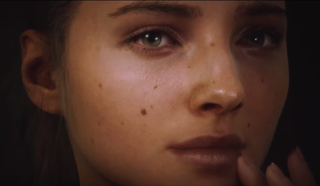 Ray tracing? Pah! That’s the past. Path tracing is where all the cool kids know it’s at. This ultra sophisticated version of the fancy lighting tech is still in its infancy, but a new demo powered by Final Fantasy’s 15 engine shows just how good it can look.

The above Back Stage demo is running on the same Luminous engine used in Square-Enix’s epic boy band road trip. It’s clearly been spruced up since because the level of detail and the fidelity of lighting in that video are insane. I don’t think I’ve ever seen video game skin as porous as the woman who appears in the demo… which I guess is a good thing?

Though the Back Stage demo isn’t currently linked to any specific game, it does give us an idea of what upcoming PC titles may look like in a couple of years. In a statement, Luminous Studios’ new boss Takeshi Aramaki gives more details on how Nvidia’s latest GPUs are making path tracing possible.

“GeForce RTX graphics cards have power beyond our imagination, and with Nvidia’s technology even real-time path tracing has become a reality. Together with Luminous Engine and RTX technology, we have taken one more step forward towards the kind of beautiful and realistic game that we strive to create”, said Aramaki.

Back Stage is running on Nvidia’s RTX 2080 Ti, so clearly you’re going to need a seriously beefy rig when this tech is actually introduced in a proper game.

In the meantime, let’s all get lost in those ludicrously detailed, slight skin blemishes.