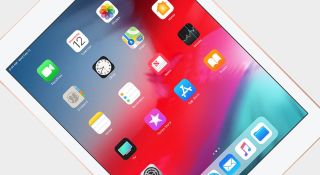 It's been close to a decade since the first iPad arrived, and though it didn't lead to a wholesale replacement of traditional PCs in favor of tablets as some analysts were predicting at the time, it did catch Microsoft off guard. Or as former Windows president Steven Sinofsky puts it, Microsoft was "blinded" to where Apple was headed.

As we approach the 10-year anniversary of the iPad, Sinofsky wrote a post on Medium offering up some interesting revelations on the perspective of the Windows team at the time. It's a quick read, but there's enough there to infer the iPad had a direct impact on how Windows 8 turned out, including Microsoft's obsession with the Microsoft Store.

When the iPad came out, Windows 7 had only been out for a few weeks. Content consumption did not exist in the same way it does today, and so Microsoft was convinced the iPad would be a version of the Mac. Just another productivity tool, basically.

"Endless rumors of Apple's tablet *obviously* meant a pen computer based on Mac. Why not? The industry chased this for 20 years. That was our context," Sinofsky explains.

This notion was reinforced by media articles pointing out how Apple did not have an answer for netbooks, which were low cost (and performance-anemic) laptops. Sinofsky admits netbooks "were really just a way to make use of the struggling efforts to make low-power, fanless, Intel chips for phones." It was better to fit those Atom processors into netbooks than have them taking up space in a warehouse.

The iPad was different, though.

"There was no stylus..no pen. How could one input or be PRODUCTIVE? PC brains were so wedded to a keyboard, mouse, and pen alternative that the idea of being productive without those seemed fanciful. Also instant standby, no viruses, rotate-able, maintained quality over time…," Sinofsky says of his thinking at the time.

That same year, Microsoft announced dozens of Windows 7-based tablet PCs, which were "very high-priced and essentially sold as niche products for executives." The iPad was so different in concept that it essentially broke Microsoft's brain. Microsoft had to wrap its head around the fact that the iPad had forged a different path—it wasn't necessarily aimed at productivity chores, and it notched 20 million unit sales its first year.

"The iPad and iPhone were soundly existential threats to Microsoft's core platform business. Without a platform Microsoft controlled that developers sought out, the soul of the company was 'missing'," Sinofsky says.

Sinofsky does not come right out and say it, but reading between the lines, it sure looks like the iPad directly influenced Microsoft decision to build Windows 8 the way it did. As he notes, "the PC had been overrun by browsers, a change 10 years in the making."

"Knowing the iPhone and now iPad ran a robust OS under the hood, with a totally different 'shell', interface model (touch), and app model (APIs and architecture) had massive implications for being the leading platform provider for computers," Sinofsky explains.

Windows 8 turned out to be a failed attempt to meld tablets and traditional PCs, but now several years later, the Microsoft Store remains. Would it have existed if the iPad never came to be? Probably, though if nothing else, the iPad seems to have accelerated Microsoft towards the inevitable.

Anyway, Sinofsky's recollection offers an interesting perspective from the person who is perhaps best suited to reflect on what influence the iPad had on Windows.