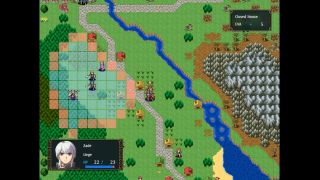 Tactics JRPG Vestaria Saga I: War of the Scions has just released on Steam, marking the first new game from Fire Emblem creator Shouzo Kaga in a decade. It’s a basic-looking game, but has been praised by fans for its sprawling, complicated maps with multiple interlocking events based on your tactical decisions and placement of characters. Sprawling maps are something that many fans feel Fire Emblem games lacked after Kaga’s departure from developer Intelligent Systems in 1999. Kaga continued to develop games until 2005 before taking a decade hiatus from the industry.

Vestaria Saga was initially released in Japanese in September 2016, but this Steam port marks the first time it’s available in English. The full English translation is currently available as a beta branch on Steam while it undergoes final QA, but reviews report it as functional enough to get players started despite a few typos and a bit of rough wording.

It's great that the PC can be a place for games like this. Is Vestaria the fanciest game? No. Is it the most aesthetically appealing? No. But Shouzo Kaga is nearly 70 years old and he’s still doing what he loves. If you can’t love that I don’t know what to do with you. You can find Vestaria Saga I: War of the Scions on Steam for $20.