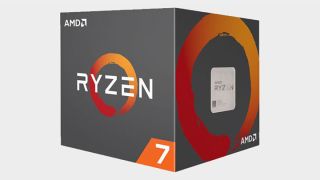 Have you been putting off upgrading or building a new gaming PC? Now that 2020 has arrived, make it your resolution to not let another year go by trying to survive on outdated hardware, and then check out this deal for a Ryzen 7 2700 processor. After applying coupon code EMCDGDF22 at checkout, you can bring it home from Newegg for $134.99.

That's well below its unrealistic $299.99 list/launch price, and even though it doesn't sell for anywhere near that amount anymore, you're still saving $15 compared to the typical price and getting this CPU for the lowest price it's ever been. And as an added bonus, it qualifies for three free months of Xbox Game Pass for PC.

To be clear, the 2700 is a previous generation processor based on AMD's Zen+ architecture, and not Zen 2. However, Zen+ parts are basically on clearance pricing right now, which is why we still consider the slower Ryzen 5 2600 to be one of the best CPUs for gaming, for budget builds.

The 2700 wields 8 physical cores and 16 threads to thrash multi-threaded workloads. It has a 3.2GHz base clock and 4.1GHz max boost clock, 20MB of total cache, and a 65W TDP. The processor also comes bundled with a Wraith Spire air cooler (with LED control), so you don't have to pony up an extra expense.

Even though it's a generation old, the 2700 is certainly a respectable chip, especially for the money. You can check out the graphs in our review of the Ryzen 7 3700X to see where the 2700 falls in the performance hierarchy of both Intel and AMD processors. Or just check out the "overall gaming rating" graph, which is a geomean of all the individual gaming benchmarks. When paired with a GeForce RTX 2080 Ti, its overall average was 112.2 fps, versus 127.9 fps for the 3700X, which sells for $329.99 on Newegg.

In short, you give up a few fps compared to that specific part, and save $195 (which you can apply to a faster graphics card, more RAM, or whatever).