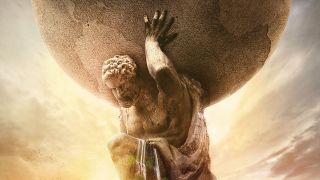 This article was originally published in PC Gamer issue 311. For more quality articles about all things PC gaming, you can subscribe now in the UK and the US.

Welcome to the history of Civilization, a series that has been keeping us up until silly o'clock in the morning  since the release of Sid Meier's original game in September 1991. Civ turns all of human history into a playground that you can exploit, turn by turn, to bring your chosen nation to glory. It's a fascinating series because it has been interpreted by a new lead designer in each iteration, including Alpha Centauri's Brian Reynolds, Mohawk Games' Soren Johnson, and of course Sid Meier himself. In the following pages we talk to all of them about how the series has evolved from Civilization through to Civilization VI.

"We were young, and we had no fear"

In 1991, MicroProse launched Sid Meier’s Civilization, a game that would define turn-based strategy for over two decades, and give birth to a genre that eventually became known as 4X: eXplore, eXpand, eXploit and eXterminate. You probably know someone who has been struck down by One More Turn Syndrome, shackled to their PC at 3am. Maybe it’s you. Meier had no idea what he was starting.

Meier and Bruce Shelley had finished Railroad Tycoon and were looking for another project. They wanted to expand on some of the ideas behind their last game, and Meier had been intrigued by the exploration system found in Empire, the turn-based wargame. It started by giving players a limited view of the world, but that viewpoint gradually unfurled as the world was explored.

“Railroad Tycoon had this sense of being a large-scale game,” Meier recalls. “But we were bold and wondered what’s a bigger, more epic thing we can do? Well, how about the history of civilisation? We were young, and we had no fear.”

It was easier to be fearless then. “The expectations in terms of graphics and team size were different in those days. We did the first half of the work on Civ with just Bruce and I, so we could try things with less risk. It was definitely not something we knew was going to work, but it looked like it would be fun to try.”

While other strategy games were offering up cities or companies as playgrounds, Meier did worry that what they were creating was going to be too much. Too daunting. How do you make a game that spans human history? To start with, they said no to hexes, which wouldn’t make it into the series until Civilization V.

Meier cofounded both MicroProse and Firaxis and has been a part of every Civilization since he designed the first.

“One of the reasons we used squares for mapping was we thought hexes were too geeky. We went with squares to make things accessible.”

Making Civilization turn-based was an accessibility decision, too. Meier considered creating an RTS, but after testing it, he realised that it didn’t give players enough time to get to grips with its myriad systems. “Development is a journey in itself, and it could have easily gone in different directions. There were a number of things we considered that we didn’t end up doing. Real-time is one of them. I think it’s great to look at Age of Empires, for example, because that’s how the game would have probably progressed if we’d continued down that route.”

Despite being a game of conquest, there’s always been a thread of optimism running through the series, and it’s not an accident. It was part of MicroProse’s philosophy. It wasn’t all murder and land-grabbing. “It revolved around what’s the most fun. We were criticised for not including slavery in both Civ and Pirates, for instance, but those were decisions based on what makes a satisfying and pleasant experience for the players.”

Everyone who’s played Civ knows that Montezuma’s a dick, and for each leader, there are personality traits attributed to them. But while later iterations emphasised that, those AI personalities were basic in the first game. “Players would read more into the game then what was there in some cases,” Meier laughs.

Some leaders might be more aggressive than others, and they were affected by player interactions, but it wasn’t quite as elaborate as the stories told by players implied. It helps, Meier thinks, that each leader and civilisation was recognisable. Players knew what to expect.

“One of the reasons Civ was successful was it tapped into things you already knew. You can enter into this world which you already know. You might know Napoleon, and Gandhi has a clear personality; these are leaders who you’ve probably heard of and already associate a personality or feeling with.”

That success wasn’t a given, though, and Meier only realised quite how special Civilization was after seeing other people playing it. “As other people played it in the company, we’d hear, ‘Just one more turn,’ and, ‘I can’t stop playing.’ Whether the world was ready for it or not, we weren’t sure, but as the game launched and we started to get feedback, it gained momentum. We sensed that something unique was happening.

Fraser is the sole inhabitant of PC Gamer's mythical Scottish office, conveniently located in his flat. He spends most of his time wrangling the news, but sometimes he sneaks off to write lots of words about strategy games.