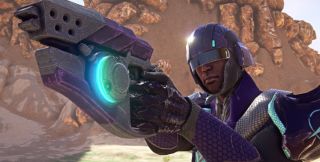 Okay, hands up who saw this one coming. That's nobody, then. Sony Online Entertainment has been bought out by investment management company Columbus Nova, and as of right now will be renamed Daybreak Game Company. Which in no way sounds like a front organisation for a cult in a '90s thriller starring Ethan Hawke.

"Today, we are pleased to announce that we have been acquired by Columbus Nova, an investment management firm well known for its success with its existing portfolio of technology, media and entertainment focused companies," the MMO publisher formerly known as SOE revealed in a statement. "This means that effective immediately SOE will operate as an independent game development studio where we will continue to focus on creating exceptional online games for players around the world, and now as a multi-platform gaming company. Yes, that means PlayStation and Xbox, mobile and more!"

SOE—that is, Daybreak—said it will be "business as usual," and that all existing SOE games will continue to operate normally. "In fact, we expect to have even more resources available to us as a result of this acquisition," it said. "It also means new exciting developments for our existing IP and games as we can now fully embrace the multi-platform world we are living in."

The price of the acquisition by Columbus Nova, which in no way sounds like an affordable hatchback, has not been revealed. We've reached out to the former SOE for further detail on what this means for their current and future games.