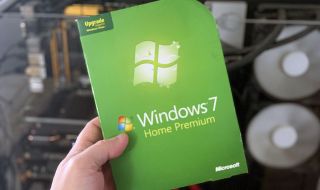 There are hundreds of millions of PCs still running Windows 7, and while usage will decline now that Microsoft is no longer pushing out free security updates to its legacy OS, it won't plummet over night. If you are one of the holdouts, here's a bit of good news—many antivirus companies have committed to pushing out virus definition updates for at least another two years.

It's a welcome decision by AV firms who have chosen to continue supporting Windows 7 indefinitely, given how many Windows 7 PCs there are in the wild. It's also not all that surprising. After all, even Microsoft has stated it will still push out definition updates for Microsoft Security Essentials (MSE) on Windows 7 systems, though the built-in AV software program itself will never again be updated.

As to which third-party programs will keep the party going, here's a list compiled by AV-Test, an independent testing laboratory.

If you're running Windows 7, it's now more important than ever to maintain an AV program, whether it's MSE or one of the third-party solutions available. It's an even better idea to upgrade to a supported OS, whether it's Windows 10 or Linux.

Don't overlook updates for your browser of choice, as well.

"Browsers, especially those used for surfing the web, ought to always be up-to-date, as they may also contain vulnerabilities and offer proprietary defense mechanisms," says AV-Test. "Google has made it totally official in assuring its Chrome users that it will provide further security updates at least until July 2021. As the latest version of Microsoft Edge for Windows 7 relies on the same HTML engine as Chrome, it ought to have security updates. There has been no official word on this yet from Firefox."

Many of the AV programs listed above do not have an end date associated with them, so it's possible support will extend beyond 2022.