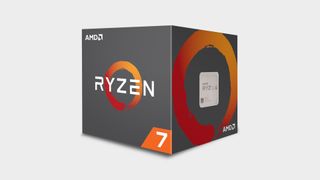 Good deals on the best CPUs for gaming can be hard to come by, but not today. Right now Amazon has AMD's Ryzen 7 2700X CPU on sale for $219.99 (that's 33 percent off). This solid processor from AMD's previous generation of CPUs still packs some serious power. We called it "better than its predecessors in every way". 8 cores and 16 threads give the 2700X an unlocked speed of 4.3 GHz, and the included Wraith Prism LED cooler ensures you'll keep the 2700X cool while still pushing out those high clock speeds.

The 2700X does have a bit of trouble competing with comparable Intel chips when subjected to gaming benchmarks, but its closest competitor from Intel, the i7-8700K, costs substantially more ($349.99 MSRP). With most purchasing decisions reduced to a comparison of dollars to performance, $150 could be spent on other components that would net you similar or even superior gains. While the included Wraith Prism CPU cooler is sufficient for most overclocking, some of those savings could be translated to an expanded cooling solution, giving you the freedom to really open up the throttle.

AMD Ryzen 7 2700X w/Wraith Prism Cooler | $219.99 (%33 off)
It may not be the current best gaming CPU and is slowly being outpaced by its competitors and successors, but the 2700X remains an excellent option for budget gaming PC builds.

AMD's 2nd series of Ryzen chips may be getting a bit stale, but If you're looking for a great way to start a budget gaming PC build, look no further. In the meantime, make sure to check out our weekly cheap graphics card deals and cheap SSD deals to save some scratch and fill out your next build.