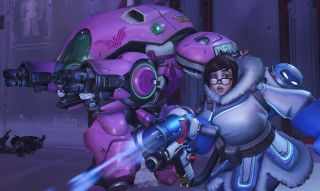 If you're into the early access portion of the Overwatch open beta, you've likely noticed that competitive play is not currently available. The reason, Game Director Jeff Kaplan revealed in the Overwatch forum, is that Blizzard has decided to overhaul it entirely—and it won't be back until sometime after the game launches.

“We worked extremely hard to get Competitive Play in the game for Closed Beta. We've been reading feedback from the community and taking it all to heart. As a result, we've temporarily disabled Competitive Play for Open Beta so that we can rework the system and make it better,” Kaplan wrote. “Our plan is to bring back a newly re-designed version of Competitive Play sometime after Overwatch launches.”

Ranked competitive play was only rolled out about a month ago, so there hasn't been a huge opportunity to see it in action, and as far as testing the basics of the game mechanics, infrastructure, and all that sort of good stuff goes, its absence probably won't make any difference. Even so, suspending such a central component of the game this late in the process is a bit unusual, isn't it?

The Overwatch open beta early access period runs until 7 pm EDT on May 4, after which the doors will be flung open to everyone until May 9. The full deployment schedule is available at playoverwatch.com.