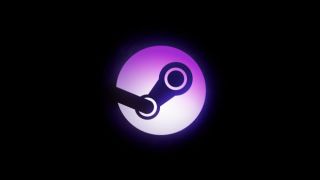 Update: Valve's Doug Lombardi responded to our request for comment with the following statement:

"We disagree with the decision of the Paris Court of First Instance and will appeal it. The decision will have no effect on Steam while the case is on appeal"

Original story: After a long legal battle that we first covered back in 2015, French consumer rights association UFC-Que Choisir claim to have won a major victory against Valve, as reported by French games site Next Inpact. The French courts have ruled that under European law, users should be allowed to re-sell 'dematerialised' non-physical goods, specifically digital games sold via Steam.

French site Numerama also covered the story in their business section, expounding on the nature of the ruling. Reddit user "Shacken-Wan" ran the article via translation site DeepL, and shared the resulting English text on Reddit.

Current Steam store policy is that resale of games or accounts is strictly prohibited, and any attempt to do so can result in your account being banned. If the ruling is upheld, then that has to change or else Valve will face fines.

However, those hoping that this will let them sell off their backlog of unwanted games soon may be disappointed. According to the machine-translated ruling, "Valve have one month to comply" with the request to remove the now-illegal clauses from their store policy, and post the full court judgement on their store for three months. However, the penalty if they refuse is a mere 3,000 Euros a day for up to six months.

A half-million Euros sounds like a lot of money to most, but considering Valve's estimated (reported via ExtremeTech) $4.3bn revenue in 2017 alone, that's a drop in the ocean.

Still, Valve have been known to change its policies based on legal pressure. After the Australian Competition and  Consumer Commission (ACCC) took Valve to court in 2014, the company implemented a new, far more permissive refund policy, and (after losing a final appeal years later) had to pay a $2.4 million fine.  At the moment, the ball is in Valve's court, but I'll be surprised if we see any policy change on resale in the next year.