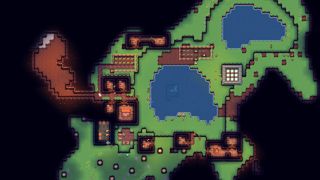 Odd Realm is an interesting gem in the rough that went into Early Access last January and has come a long way since. It’s a colony survival or simulator or manager or builder or whatever we’re calling these, the genre that sprung up from Dwarf Fortress. It’s also adorable, frankly—and it has a neat twist. Whereas most games in this genre stick you with a single species of weird thing to base your civilization on, Odd Realm has a bunch of species with their own unique game traits. You’ve got your garden variety Humans, yes, but also playable right now are a bunch of dead skeleton people who’re really good at magic. There are three more civilizations planned. Odd Realm is also rendered in pretty charming pixel art, with higher-res art for character and creature portraits.

After spending a couple hours with it, Odd Realm is a twist on a genre that has otherwise proven pretty derivative. The Ancients—the skeletons—in particular provide a cool play experience. They don’t have to eat, nor drink, but can’t reproduce. So they have to summon a bunch of minions to do stuff for them while they focus on magical tasks, and on delving beneath the earth to find dungeons where their lost brethren are imprisoned—that’s the only way to increase their population! Humans, conversely, are more effective at gathering resources but must dedicate much of their population to things like farming. They grow faster, but require an entirely different playstyle.

The game has pretty positive reviews from those who’ve followed it from the beginning. You can find Odd Realm on itch.io or Steam for $9.99, which felt quite reasonable, and peep the official website here.