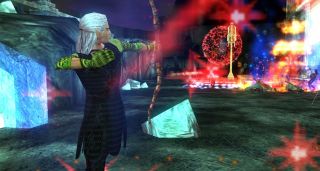 EverQuest hits its 20th anniversary in March. The MMO launched in 1999 and, impressively, persists, with its most recent expansion, The Burning Lands, launching only last month. It’s the game’s 25th. There will be in-game events to mark the occasion, as well as the addition of a new land.

Executive producer Holly Longdale, who became a game designer for EverQuest in 2003, reminisced in an letter to the community posted yesterday, along with teasing some of the things coming to the MMO in March.

“EQ’s launch feels a world away now,” she wrote. “Lest we forget dial-up modems, Y2K panic, CRT monitors, 640x480, open-book medding, corpse runs, lost corpses, ninja looting, guild drama, dawn of DKP, and so many other moments. But the most important outcome of EQ has been all the friendships and lives touched by this game over these 20 years.”

A new land, raids and a new storyline will all be appearing in EverQuest as it celebrates its anniversary, and it will all be free, too. Daybreak Games is planning two new progression servers, which revert the game back to its 1999 version and update over time, for hardcore and ultra-casual players, as well, and they’re expected to launch around March 16.

Daybreak’s also working on an EverQuest fan event for the summer, with more details coming in March.

EverQuest has been free to play since 2012, so there’s nothing stopping you popping back for a visit. It doesn’t quite give me same the nostalgic tingles as other venerable MMOs, as I played its successor, which is also still around, but never the original, but I’m still very pleased to see that there’s enough life left in it to justify expansions, updates and celebrations.