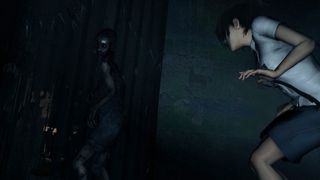 The first part of Indonesian survival horror DreadOut came out back in May 2014, with the promise of a free second half to follow further down the line. Unlike with, say, Broken Age, that's actually happened, and Act 2 of Linda's nightmare begins today.

You may have seen DreadOut being played on Twitch or YouTube—horror games are all about that these days. DreadOut differs from the likes of Outlast or P.T. in that it's third person and inspired by the bloody terrifying Fatal Frame series. Armed with just a mobile phone, you have to investigate spooky locations, and take pictures of ghosts to defeat them. Spectres: notoriously selfie-shy.

Act 2 takes protagonist Linda to a few new locales, including a crashed train and a creepy town, once again filled with chilling spooks inspired by Indonesian folklore. if you already own Act 1, your game should be updated with this new part sometime today. If you've been inspired to pick it up, you can do so here.