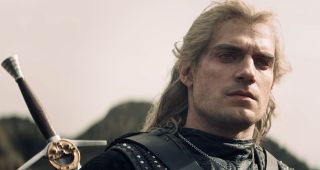 With Netflix bringing The Witcher series to our screens, it's a good time to be getting into all things Witcher-y. But there's an intimidating amount of Witcher out there—the original eight books, three main videogames and several spin-offs (what is a Gwent, anyway?). And that's not all: there are comics, audio books, and the Polish movie and TV series. Who is Geralt, and why is he in a tub? Who's Ciri? Which stories take place when?

If you want to know more about the Witcher, but don't know where to start, here's our primer. It'll get you up to speed on who and what you need to know, and what you should read and play first.

The most important characters

There's an extensive cast of characters across the entire Witcher series, but only a few that you really should know about going in.

The Witcher TV series will take place across a large fantasy world, and the books and games focus in on different countries and regions. Here's a basic map (though wars that play out over time will change the political boundaries). The insert in the right shows the territory to the south owned by the empire of Nilfgaard, while the main map shows off the Northern Kingdoms, where most of the stories take place. The islands of Skellige are off the coast to the west.

Best for: Getting an understanding of the politics, Geralt and Yennefer's love story, watching Ciri grow up
Reading order: Here's our full guide on where to start
Highlights: It all builds to a poignant finale in The Lady of the Lake, but it'll take some reading to get there

To begin at the beginning, Andrzej Sapkowski's books about a "Wiedźmin", as witchers are called in the original Polish, are the OG source for everything that comes later. Sapkowski created Geralt and his world for a series of short stories, collected in two books called The Last Wish and The Sword of Destiny, then expanded from there into a saga of five novels followed by a prequel called Season of Storms.

If you're thinking the prequel might be a good place to start, think again. Season of Storms is set in the middle of the short story period of Geralt's life rather than at the absolute beginning, and it ends with an epilogue set well after them. It's a confusing place to start. You should definitely save it for last.

Whether you begin with the short stories or the saga is a matter of taste. The short stories introduce characters like Dandelion and Yennefer, and they do take place first, but these episodic adventures—many of which are essentially dark fantasy parodies of fairy tales—can be an acquired taste. If you do choose to start here, pick up The Last Wish.

Skip ahead to the saga and you'll be missing out on some setup, but you'll also be able to jump right into a more fully developed version of the world and its characters. The novels often feature lengthy digressions told from the point of view of other characters, particularly Geralt's foster-daughter Ciri, and delve deep into the wartime politics of the setting. (Sometimes a little too deep, if you're not into multiple chapters of squabbling kings and sorcerers.) If you don't mind playing catch-up and want to see The Witcher's world at its best, start here by grabbing Blood of Elves.

If you're an audiobook listener, all of the eight Witcher books are available in versions narrated by Peter Kenny, who does an excellent job even if he does call Dandelion "Dandilly-on" for the first one and gives Ciri a Scottish accent that might take some getting used to. His northern Geralt sounds a bit like Sean Bean, which is honestly a solid choice.

CD Projekt Red's videogames are responsible for popularizing the series outside Poland, and even though the Netflix series isn't based on them they're well worth a look. However, massive improvements have been made with each new game and it's not the kind of series where you need to start with the first one. The original Witcher game was a mess, and although a director's cut improved the clunky translation and there are mods to tweak its miserable combat, it's still very skippable.

The Witcher 2: Assassin of Kings is a definite improvement, and the way its plot branches midway through was impressive at the time, but it's still not an instant recommendation. Highlight quests—like the one where Geralt wakes up with a hangover and a tattoo and has to puzzle out the events of the night before—are spread pretty far apart, and the combat's better but that just means it's gone from miserable to mediocre. Handily, it does have plenty of mods worth trying.

If you want to see what the fuss is really about, The Witcher 3 is the place to be. Don't worry about what you're missing by starting with game three—although there is a scene early on where a character asks you about the events of the previous game, the plot is inspired more by the novels and in fact drops a major thread set up in Witcher 2. After two games of ignoring and sidelining central characters from the books like Ciri and Yennefer, The Witcher 3 brings them to the main stage, meaning that a grounding in the books or the TV show is more useful.

When Geralt bumps into an NPC from the books he hasn't met in the previous games he still responds like someone who knows them would, so spending 70 hours slogging through the prior RPGs won't help you when Dijkstra shows up and Geralt reacts like they know each other. Just play along, you're not missing out.

The three RPGs aren't the end of it. There are also two spin-offs based on gwent, the minigame Geralt plays in The Witcher 3. If you play that and can't get enough of it then there's a free-to-play online version just called Gwent, and a singleplayer narrative game powered by gwent called Thronebreaker that lets you play as Queen Meve, ruler of Rivia and Lyria, during the wars that precede Geralt's games. Or you could try Condottiere, the tabletop game for two to six players gwent is rather blatantly borrowed from.

Skip The Witcher Adventure Game. It's a digital adaptation of a Witcher board game, and was not well-received.

The Polish movie and the comics

Best for: If you've enjoyed the rest and still need more
Playing order: Start with the Dark Horse comics, then move on to CD Projekt Red's comics, then don't watch the movie (without devising a drinking game)
Highlights: The Curse of Crows comic is set after The Witcher 3 and makes a pleasing coda to its story

The Netflix series isn't the first attempt at bringing Geralt to the screen. In 2001 a Polish production company released a movie based on the books, and it's a mess. Richard Cobbett goes into more detail (much more detail) about exactly what's wrong with it in his Crapshoot column.

To be fair, the main reason the movie is incomprehensible is that it was edited down from several episodes of a TV show that, in spite of a limited budget, actually did tell a sensible story if you watched the whole thing rather than two hours of random scenes cut from it and clumsily stitched together. Unfortunately only the movie version is available in a legit English translation, but fansubbed versions of the show are floating around.

Geralt's also had a fine run of adventures in comic books. Some were published by CD Projekt Red and take place in between the videogames, while others were published by Dark Horse and a couple of those continue Geralt's adventures where The Witcher 3 lead off. They're better than most videogame comics, and we've got a ranked list of the Witcher comics right here.