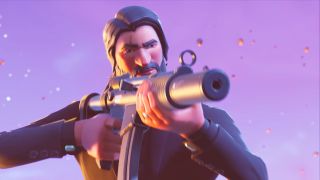 PC gaming continually surprises us with new ideas, genres, systems, and ways of playing. But our hobby is also inundated with tropes—overused designs, monetization schemes, or clichés that have overstayed their welcome. One week into the new decade, we're warming up the guillotine on the tropes we've tired of.

Specifically, the real-time-with-pause RPG combat that was created for Darklands back in 1992 and popularized by Baldur's Gate in 1998. You know the type. You've got a whole party of characters to control, you pause to assign commands, press spacebar again, and chaos reigns. The charging barbarian takes the long way around, the area-of-effect spell manages to catch a single kobold, the rogue detects a trap but then walks into it anyway. You try to take direct command of someone but they're in the middle of waiting to act, so they huff on the spot instead of doing the thing you need them to do. In summary: It sucks, I hate it.

I get that being able to steamroll over trash mobs in real-time is faster than having to do it turn-by-turn, but a better solution to that problem is to not fill RPGs with hours of piss-easy fights against trash mobs.

Chris Livingston: "All unsaved progress will be lost."

I'm tired of being confronted by this question in games, especially when it comes roughly .003 milliseconds after I've just saved my progress and chosen to quit. And I know I've just saved my progress and I won't lose anything by quitting, but the question still results in a tiny sliver of anxiety and doubt injected into my brain. Did I really save though? Will I actually lose unsaved progress? Often, I wind up saving again just to be extra double triple sure. It's irritating!

And it could be easily solved. Just give me a Save and Quit option. That's it! I can do both at once and continue on my way worry free. And while we're throwing in buttons, always include a Quit to Desktop next to Quit to Main Menu. When I want to leave the game, I just flat want to leave the game. Thanks!

Look, we all liked Dark Souls, but I really do think its influence has been a net negative for gaming. In the years since its release, so many titles, from indie platformers to big budget action games, have tried to ape its formula, but so few have actually cracked the code. The result has just been a parade of unnecessarily difficult, frustrating games with little trace of what made Dark Souls compelling. So often these days I'm drawn in by a gorgeous art-style, or a really clever idea, only to discover the devs have cranked up all the enemy's numbers and taken out the checkpoints in the pursuit of trendiness.

There are a few notable exceptions—Hollow Knight captures Dark Souls' sense of mystery while forging its own unique path, and I really enjoyed Salt & Sanctuary as a straightforward-but-2D clone. But for every success there's a hundred failures. I mean, they tried to make Darksiders into Dark Souls, for god's sake.

In 2020, let's please leave the Souls-like games to From Software, and stop forcing players to bang their heads against the wall for hours just to make it through the latest pixel-art metroidvania.

Every time I start a new game I'm filled with fresh optimism, despite my unshakeable knack of being pretty poor at too many games. That misplaced positivity naturally dissipates once I've been seen off early on, but it feels unfair when it becomes clear that I would've died either way, no matter how skilled I was.

Look, I get it: showing me my character is too weak for the harsh world they're in is better than subjecting me to prosaic cutscenes and exposition. Jedi: Fallen Order's Cal Kestis and Sekiro's Wolf evidently have much to learn between the outset of their adventures and the final credits when they're ignominiously defeated for narrative reasons, but that doesn't stop it from being irritating.

If I'd known that my character had no way of possibly winning in fights like this, I might as well have gone and made myself a coffee as my virtual self gets battered into dust. The result would've been the same. I end up feeling cheated, until I die in the game for real and am reminded of my own inadequacies all over again.

A lot of game design is about tricking or training the player with little reward systems keep people playing, but if a game needlessly coats its tools with colors and rarities and stats just because, that's gonna be a +10 to my Very Tired stat.

It's fine in games like Destiny 2 or The Division 2. Kind of. Those games don't hide the fact they're compulsive skinner boxes. Min-maxers know what they're getting into: a series of repetitive tasks that edge towards some kind of efficiency. In 2020, I see that and go eww but at least I can see it coming. But stuffing a loot system in Ghost Recon Breakpoint? God of War (PS4, I know), a singleplayer game that ends? The Crew 2 had a loot system for cars. For cars! Mortal Kombat 11 even makes a game of collecting customization options for your favorite fighters.

I'm all for adding a breadth of player-controlled customization options to games, but the means of unlocking that stuff shouldn't be tied to a randomized time tax glammed up with flashy feedback. Loot systems should have clear rules, they should be additive rather than exploitative, and they should reward bespoke items crafted for a specific purpose instead of doling out the same AK-47 with slightly juiced stats and a purple tag over and over again. This is how pre-order bonuses are born, people.

Andy Kelly: Stories being told by holograms and/or ghosts

Look, I know this kind of thing is useful for indie developers who can't afford to model/texture/animate loads of individual characters, but I think I've had my fill of standing and watching little story vignettes being acted out by holograms or ghosts or shimmering echoes of the past. I love Tacoma, which is essentially an entire game of that, but Fullbright made up for it expressive, nuanced animation and genuinely interesting characters. In most cases it just feels like I'm being forced to stop and watch an amateur dramatics society perform an impromptu stageplay in the middle of my game.

There's a little green icon in the Call of Duty: Modern Warfare multiplayer menu that is telling me I have unlocked... something. This is not surprising: the game is a constant procession of new unlocks; kill streak rewards, gun attachments, camo decals, gear, and on and on and on. I don't think I've yet played a match and not earned something. I have an overwhelming urge to clear this icon—to 'clean' the menu—but the mystery unlock is buried so deep in so many pages of weapons menus that doing so is basically impossible. And even if I did, the very next match I'd unlock something else and the process would begin again.

RPGs do the same thing too. I'm back playing The Witcher 3 right now, and every so often have to stop to hover over every flower I've collected in order to clear the new loot notification. I know I have new loot, game. I actively picked it up. See also: codex entries. We both know I'm not going to read five paragraphs of background lore on the socioeconomic history of a neighbouring continent. Don't make me lie to you by asking me to mark it as read.