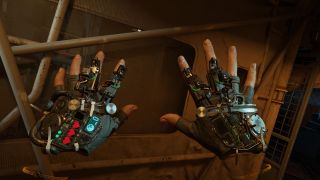 It's been just over a week since Valve announced Half-Life: Alyx, its long-awaited 'flagship VR game' and while there have been some mixed reactions to the Half-Life prequel, it seems that the hype is real—so much so that 'most packages of Index, Valve’s high-end VR headset released earlier this year, were sold out,' according to a post from RoadtoVR.

The shortage appears to be mainly affecting most packages on the US and Canadian stores, with the UK currently unaffected (at the time of writing). Half-Life: Alyx will retail at full price but will be free to owners of the Valve Index VR headset, so it's perhaps not surprising that there's a shortage, especially if those on the VR fence have been pushed by Valve's reveal.

While the announcement for Half-Life: Alyx certainly wasn't the Half-Life 3 that a lot of players were hoping for, it's still a pretty big deal and something that Valve is taking seriously, not least because of all the work that's going into it.

"Half-Life: Alyx is the largest game team we've had yet. About a third of the people on the project have worked on previous Half-Life games, some all the way back to the first Half-Life." says Valve designer Greg Coomer.

The VR project didn't start out as a Half-Life game but apparently it seemed to suit the technology Valve was working with. Just don't mention the arms to Chris and James, whatever you do!