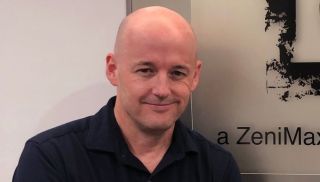 Tim Willits, who joined id Software in 1995 and rose to become studio director under new parent company ZeniMax Media, announced today that he is leaving the company after this year's QuakeCon.

After 24 years, I’ve decided to leave id Software after QuakeCon. I’ve been extremely lucky to work with the best people in the industry on truly amazing games. QuakeCon has been an unbelievable part of my journey and I look forward to seeing everyone at the Gaylord Texan. pic.twitter.com/shX5H441pyJuly 18, 2019

Willits has design or production credits on virtually everything id Software has done from Ultimate Doom, for which he served as a level designer, to the Doom 3 BFG Edition in 2012, his first as studio head. He's had an impressive run since then, overseeing the resurrection of the original Quake, Rage, and in particular, Doom. Less happily, he also wound up in a bit of a beef with other id veterans in 2017 when he said that he'd come up with the idea to make maps specifically for multiplayer modes, a claim his fellow developers rejected.

"All of the games currently in development are in very good hands, my departure will not affect any planned releases. id Software is packed full of amazing talent that will continue to develop (long into the future) some of the best shooters in the world," Willits said in followup tweets. "After QuakeCon I will announce my future plans, where I am going, and what new exciting things I am doing. Stay tuned."

Willits' departure leaves only two key Quake-era employees still at id: executive producer Kevin Cloud, who's been with the studio since 1992, and office manager/id mom Donna Jackson, who joined in '94.