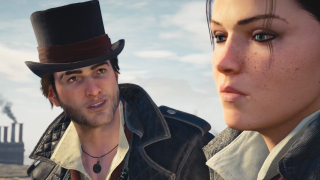 Assassin's Creed was originally released in 2007 and with the exception of the year immediately following, Ubisoft has added a new game to the franchise every year since: Assassin's Creed II, Brotherhood, Revelations, III, Black Flag, Rogue, Unity, and Syndicate. But a rumor now making the rounds says we won't see a new AC in 2016, because Ubisoft is completely overhauling the series to make it more akin to The Witcher.

This particular word on the street comes from an anonymous 4chan user (via NeoGAF) claiming to be a developer on the game, who said bluntly, “There won't be an AC in 2016. You may screencap this and refer to it when nothing is shown in E3 2016. You'll have to wait until 2017 for it.”

That in itself isn't necessarily a big deal, but the professed reason for the delay most definitely is. The new game will be set in ancient Egypt, before the existence of the Assassins and Templars, and "will be a complete revamp of the series,” the poster said. “The game is going for a Witcher feel, with player progression [and] freeform combat system. Horse is back, and boats too. It's made by the Black Flag team.”

One anonymous 4chan thread does not a release schedule make, but Kotaku reported that its own sources familiar with Ubisoft's plans say the same thing, and also support the claim that the next game will be set in Egypt. The new AC was apparently supposed to be out in late 2016 but Ubisoft was prompted to slow things down after the goat rodeo of Assassin's Creed: Unity.

Unsurprisingly, Ubisoft declined to shine any light on the situation. “We can’t comment on rumor or speculation,” a Ubisoft rep said in reply to my inquiry. “We’re always happy when players are excited about our games, past, present and future. In the meantime, we hope that the latest images from the Assassin’s Creed movie set will keep fans of the franchise happy and eager to find out more!”