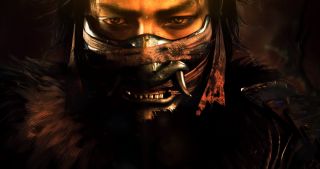 If you like trashing demons with katanas, we have some good news: Nioh 2 is on its way, after Team Ninja's success with the original Nioh in 2017. The bad news is that like Nioh, this new prequel will also be released on PlayStation before making its way to PC. Despite a slightly wonky PC port, I found Nioh to be a fun and fast-paced innovation on the genre we begrudgingly call the "Souls-like."

Nioh 2 plans to diverge further from that inspiration, with Team Ninja referring to the prequel as an "evolution" of Nioh. From what we know so far there are more weapons, more skills, and lots more yokai. You won't be playing as the blue-eyed Irish samurai William this time around, as the prequel takes place long before his birth. Instead you'll create your own character: a yokai spirit. Here's everything else we know about Nioh 2 ahead of its (eventual, assumed) PC launch.

When is Nioh 2's release date on PC?

Nioh 2 is coming to Playstation 4 in March of 2020. We don't know the release date for Nioh 2 on PC yet but we can hope that it will be released sometime in 2020 as well. The first Nioh game was released on Playstation 4 in February of 2017 and on PC in November of the same year. It isn't too much of a stretch to imagine that Nioh 2 will follow a similar pattern.

Sony is taking a handful of games to the Taipei Game Show this summe. TGS was originally scheduled for Februrary 2020 but has been pushed back until summer due to Coronavirus concerns. Nioh 2 in particular will be playable, not too surprising given that Playstation 4 players already got a free beta to try a while back. We'll collect and share any new details that come out of the show right here.

Check out the new story trailer for Nioh 2

Nioh 2 will be a prequel to Nioh, according to producer Fumihiko Yasuda at the 2019 Tokyo Game Show (via Game Informer). Like the original, Nioh 2 will be historical fiction (heavy emphasis on the fiction, of course) set in the 1500s in Japan.

Nioh 2's story is about the historical warlord Toyotomi Hideyoshi, who Nioh 2 fictionalizes as two separate people. You will play as a yokai character, and together with another main character Toukichiro, become known as Japan’s “second great unifier.”

But you can still play as William anyway

During Nioh 2's open beta on PS4, players who had a save game for Nioh 1 installed were able to wear a disguise that looks like the original game's protagonist. It's just cosmetic, as Nioh 2 takes place well before William is born, but if you miss your blue-eyed boy you can take him on this adventure too.

Nioh 2 had an open beta on PS4

Nioh 2, like Nioh, is using an open beta period on PS4 to collect feedback from players. The first open beta for Nioh 2 ran from November 1, 2019 until November 10. You can check out some gameplay from CohhCarnage above.

The original Nioh was pushed back from its planned 2016 release to 2017 after feedback from its beta. If the same thing happens with Nioh 2 we'll be waiting even longer for a PC port, but Nioh 2 did already have an alpha playtest. In the blog announcement of Nioh 2's beta, producer Fumihiko Yasuda says, "although there weren’t enough significant changes in the Alpha, we now feel that we have come much closer to reaching our goals." referencing how Team Ninja wanted Nioh 2 to be an "evolution" from Nioh. It sounds like Nioh 2 is already on the right track as of the open beta and won't need the same delays as the original to adapt to feedback.

Nioh 2's combat will be similar to Nioh's, but with some key new features. The most obvious changes come from playing as a yokai character. You'll be able to transform into your yoki form and use special skills not available in your human form. You'll also be able to obtain Soul Cores from killed yokai that give you access to their powers if you manage to bring the Core back to a shrine with you before dying. Like Nioh, the prequel will also have high, medium, and low stances for each weapon which slightly change your attacks. The skill tree is also significantly expanded; more on that below.

Nioh 2 will have co-op for up to three players

Like Nioh, the prequel will have co-op for players to join one another for an area of the game. This time around, you'll be able to invite two friends to help you along instead of just one.

Nioh 2 has a much bigger skill array than Nioh. The picture above is just the skills for one weapon: the Kusarigama. Nioh 2 has skill trees for each of its weapons along with skills to unlock for Ninja, Shiftling, Samurai, and Onmyo Magic.

The weapon skill trees of course focus on unlocking new active and passive skills for that particular weapon. The Ninja skill tree is all about stealth, throwable bombs, and poisons applied to weapons. The Samurai tree gives bonuses to Fortitude and unlocks various Ki pulses. The Shiftling tree is for increasing your yokai form powers. Lastly, the Onmyo Magic tree unlocks the ability to use casting magic through Talismans.

You can also get help from AI versions of other players

Nioh 2 is introducing a "Benevolent Grave" as the alternative to the Bloody Graves from Nioh. Where Bloody Graves in Nioh let you summon the AI version of other players to fight in your world, the Benevolent Grave will summon an AI version of another player with all of their gear and skills to assist you as a companion. It sounds like a great way to get assistance for those of us who can't convince our actual friends to play all the usual death treadmill games.

Is it still hard?

Oh yes, it looks like Nioh 2 is still going for difficulty as much as the original.

Which weapons will be in Nioh 2?

Here's a list of all the weapons that were available during Nioh 2's beta and their innate status bonuses. You'll also earn Familiarity with a weapon by using it a lot, giving additional damage and bonuses. Personally, I'll be rolling the Kursarigama again although the new Switchglaive does look enticing!

Unlike Nioh's main character, the Irish samurai William, Nioh 2 will let you make your own character. During an E3 interview from 2018, Nioh 2 director Fumihiko Yasuda said "after the game launched, one of the biggest requests that we had was character creation." For Nioh 2 you'll design your own character and the creator looks to be up there with games like Code Vein and Black Desert Online in the level of detail it can achieve.

Based on gameplay from the PS4 beta, you can immediately return to character creation if you step into the tutorial area and don't like how your yokai's face looks. Everyone's been burned before by a face that looks great in muted character creation light and horrific under the in-game sunlight. You'll also be able to share a code for your creation so that others can use the same character if they like. Folks on Reddit have already begun posting their creations and the accompanying codes during the PS4 beta.