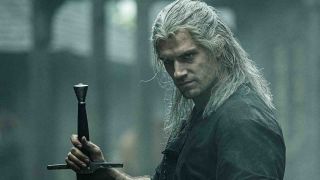 The Witcher OST will be available for purchase later this week (Image credit: Netflix)

Following the success of Netflix's The Witcher, the series' official 55-track OST will be available for purchase later this week.

Currently listed on Amazon, the album is priced at £7.49/$9.99 and features tracks from the entire first season of The Witcher. Fans will be pleased to know that Toss A Coin To Your Witcher is the second song on the album—and the only one currently available for purchase as a single. It's individually priced at $1.29, likely to appease any aspiring coin-tossers ahead of the record's full release.

The album, simply called "The Witcher (Music from the Netflix Original Series)," was arranged for the series by Swiss-Italian composer Giona Ostinelli and Russian-born American producer Sonya Belousova.

According to the Amazon listing, it is set to launch on Friday, January 24, 2020 and will be published by Milan Records. It includes over three hours of original songs from the series' inaugural season and you can place your pre-order here now.

This comes alongside the news that The Witcher could be Netflix’s biggest series ever, with its Q4 2019 earnings report stating:

"Through its first four weeks of release, 76 million member households chose to watch this action-packed fantasy, starring Henry Cavill. As a testament to how our hit content can penetrate the global zeitgeist and influence popular culture, the show’s launch drove up sales of The Witcher books and games around the world, and spawned a viral musical hit."

This report is backed up by the fact a whopping 500,000 copies of Sapkowksi’s Witcher books being printed in the US alone since Netflix's show aired in late December.

At present, it is estimated that season 2 of The Witcher should launch some time in 2021.