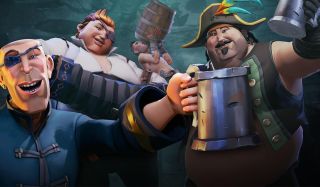 Last month when Wes tried the new Xbox app for PC, he found a much better interface but an unfortunate inability to mod games downloaded from the Microsoft Store. Even though Microsoft said on an E3 Inside Xbox stream that modding would be supported, there didn't seem to be any ability to modify (or nearly even to access) game files in the Xbox games directory yet.

Now, user Pycorax on Reddit has found a new folder since the latest Windows update called "ModdableWindowsApps" inside the "Program Files" folder. Microsoft's Dev Center confirms the same with a listing for the new directory. Developers will also be able to specify a custom folder specific to their app, another Dev Center page says.

The Windows Dev Center states pretty clearly that the folder is "where the contents of your desktop application's install folder are projected so that users can modify the installation files (for example, to install mods)." Though it's unclear how open this will be, as the Dev Center says: "This element is currently intended to be used only by certain types desktop of PC games that are published by Microsoft and our partners."

In a statement to PC Gamer after E3, Microsoft said that "Games available with Xbox Game Pass for PC have mod support, so long as the developer has enabled it for their game," but didn't provide further details on how that modding would actually work. It looks like we're now seeing the first steps in that direction.

It's good to see Microsoft on its way to supporting mods for PC games on the Microsoft Store, making the new Xbox app overhaul an even better experience.