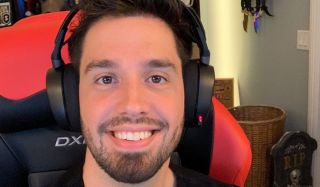 James "PhantomL0rd" Varga was suspended from Twitch in 2016 over his association with CSGO skin gambling site CSGOShuffle. He used and promoted the site on his channel, but emails reported by esports journalist Richard Lewis were found to "heavily suggest, almost to a degree of certainty" that Varga actually owned the site, which he did not disclose while promoting it, and that he was using "house money" rather than his own when he gambled on it.

In early 2018, Varga filed a lawsuit against Twitch for lost income, claiming that his suspension was the result of "unsubstantiated, false accusations leveled at Varga by a third party." Furthermore, he claims that he was not provided any written notices of his violations, or a 30-day window to correct them, both of which were required by his contract.

As reported by Dexerto, Varga recently won a small victory in that suit when the judge in the case ruled that a clause in his contract limiting the amount of damages he can claim in his legal action to $50,000 is "unconscionable." What that means, simplistically, is that the judge found the clause so unjustly one-sided that it cannot be enforced, meaning that Varga can claim much higher damages in his lawsuit.

The judge rejected some of Varga's claims about the contract, including that he didn't read the digital copy he received because he didn't know that he could scroll through the pages to view them. The judge described that defense as "incredible," declaring that Varga, who "spent virtually all his waking hours on computers and was familiar with a variety of programs knew he could scroll through the agreement ... He simply chose not to do so."

Despite that, the judge ruled that while Varga "had some college education [and] had been in contractual relationships before" his deal with Twitch, "there was a significant disparity in legal sophistication and Varga did not use an attorney. These factors on balance suggest some oppression." He also noted that Varga's average monthly income was over $5000 "and appeared to cluster around $10,000 per month ... so the $50,000 cap is incommensurate as to be unconscionable."

The ruling is strictly on the amount of damages that Varga can claim in his suit and has no impact on the validity of his actual claims. But regardless of how his case works out, this particular decision in it could have a far-reaching impact. Dexerto said the clause limiting damages is also present in contracts with other streamers, and they'll presumably benefit from the precedent—it opens the door to greater damage claims than their contract allows, but it may also help enable them to take action in the first place. The judge also said that "from a practical point of view," capping damages at that relatively small amount effectively insulates Twitch against lawsuits because there is no clause for legal fees, and there aren't many lawyers who would be willing to take a case against Twitch for a "reasonable percentage" of $50,000.