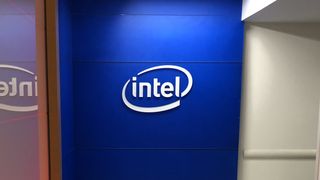 Starting today, Intel's contaminated lake of ill-advised naming conventions is about to get even more confusing. After unveiling its first desktop-class 9th generation Core processor back in October, followed earlier this year by a near-identical array of CPUs, absent integrated graphics, the chipmaker has finally announced its 9th-generation CPU architecture for high performance laptops.

Aimed at creators and gamers alike, the advent of Coffee Lake Refresh, or Coffee Lake R, marks the fifth use of Intel's 14-nanometer (nm) fabrication process for its mobile, H-series CPU lineup. It's also the third time we're seeing its silicon built on the better optimized, 14nm++ version of the same process. In other words, upon setting foot in its Santa Clara headquarters last week, I knew I wouldn't hear the words "tick-tock model," its theoretical and now equally defunct replacement of "process, architecture, optimization," Moore's Law, or 10nm die shrink.

What I did hear was an awful lot of chatter about turning knobs. Having spoken to Frederick Hamberger, the head of Premium and Gaming Notebook Segments at Intel, the 9th generation H-series refresh is more about perfecting an existing process than inventing a new one. Of the processors we've seen implemented so far in forthcoming gaming laptops, from manufacturers like Acer and Asus, the alterations are iterative rather than transformative.

For instance, whereas the 8th generation Intel Core i7-8750H runs at 2.2GHz-4.1GHz (base to maximum turbo range), the new i7-9750H starts at 2.6GHz and ramps up to 5GHz maximum turbo. As evidenced by the extensive range of i7-8750H laptops permeating the 8th generation Intel Core gaming laptop market, the Core i7, Hamberger reminded me, is Intel's highest earner, the bread and butter of the H-series catalog.

"I can't think of another family within Intel's client portfolio where i7 is our highest volume SKU," he said. "That's our volume SKU. It's well over 50 percent of the total volume. And that's where we see most people go."

Because driving higher framerates in modern PC games still benefits from increasing single-threaded clockspeeds, Intel isn't adding more cores to its mobile mainstays with gen 9. Instead, it's raising the multi-core base frequency floor and its accompanying single-core Turbo Boost ceiling in an incremental upgrade I hope to see conclude its capable but very long in the tooth 14nm node.

"There's a ton of new stuff here," Hamberger said. "But the hero, of course, is desktop-caliber performance in a notebook—you know, that theme that we're leading with, especially externally—and that you can get what you need for that: 5GHz. Like the first time, we have 5GHz, so that highest level performance frequency for single-threaded workloads. You know, gaming is very single-threaded dependent at that frequency."

It's not until we arrive at the absolute high end of Intel's 9th gen H-series portfolio that we start seeing tangible bumps in core and thread count. The overclockable Core i9-9980HK and its fixed-clock i9-9880H counterpart both wield 8 cores and 16 threads. Unlike their desktop equivalents, Intel had to account for battery consumption, so they're both 45-watt TDP parts. However, you can distinguish the two processors based on their minimum and maximum frequency claims. While Intel suggests 2.4GHz/5GHz base/boost speeds for its Core i9-9980HK, the i9-9880H is marginally slower at 2.3GHz/4.8GHz. The HK part is of course multiplier unlocked and can be overclocked.

Despite the fact that Intel has announced six new Core mobile processors for its 9th gen launch, Hamberger explained to me that the most powerful i9-9980HK chip was designed first, as a reference point. Everything else followed suit.

It's no surprise that the overclockable 5GHz chip is meant for what Intel calls "musclebook" form factors, such as those exhibited by the Alienware Area-51m and the aforementioned Asus ROG Mothership. Most laptop gamers are now privy to the thin and light ultrabook-inspired clamshells popularized by Nvidia's Max-Q Design initiative, which led to the conception of the Intel Core i9-9880H, the first locked i9 processor.

"Since we've had that growth in the thin category—and even they're like, hey, give me the best performance you can give me but in that 45[-watt TDP], very similar to the graphics correlation—we've seen a lot of interest in locked i9. So now we have a locked i9 that's optimized for 45 watts. It's not overclockable, but it really fits nicely into those thin gaming systems as well as into that sort of more content creation category."

As was the case with the S-series desktop 9th-gen chips before them, changes to Intel's 9th generation Coffee Lake R mobile processors are largely inconsequential. Sure, we can look forward to Wi-Fi 6 and "up to 47 percent more frames per second" (relative to an unspecified "five-year-old PC") from the new 9th generation H-series platform, but Intel's more exciting endeavors, at least on the mobile gaming front, have yet to come.

A few months ago, at CES 2019, the company introduced Project Athena, a "design innovation program" for which the goal is to consolidate performance and battery life once and for all. In its debut sizzle reel, Intel showcased everything from 4K video editing to triple-A gaming on a laptop battery. At 0:58, you can watch someone play Anthem on what appears to be a detachable 2-in-1 Windows device a la the Surface Pro. Not a power brick or charging cable in sight.

That's the sort of thing I want to see from the future of gaming notebooks. Better performance off the charger. Given the widespread success of gaming on smartphones and tablets, not to mention the Nintendo Switch, portability seems like the obvious next step for gaming laptops. Unless you're an expert multitasker, playing and streaming games on Twitch at the same time, higher core and thread counts can only provide a finite number of benefits.

"The holy grail," Hamberger teased, is "getting to a solid state battery of some kind that obviously can be high capacity and quick to charge."

In the meantime, we can enjoy moderate tweaks to last year's mobile processor lot. As the category lead put it, Intel has been able to "turn more knobs" than it originally thought possible. This unprecedented level of tuning and optimization, as well as the greater number of cores on some models, has resulted once again in better performance.

Gabe Carey
Gabe has been writing about the intersection of games and technology since the tender age of 16. Previously seen on TechRadar, Digital Trends and PC Magazine, he currently serves as a Senior Writer on the central hardware team spanning PC Gamer and GamesRadar. In his leisure time, you can find him amassing Razer products, playing games and watching superhero movies ranging from bad to mediocre in his cramped Manhattan apartment.
See comments