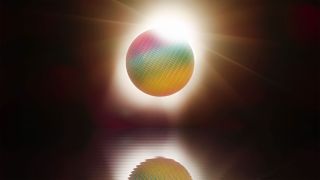 Keeping track of everything that happens in the technology world can be difficult. Take CPUs as an example. Even if you follow news on the best CPUs for gaming religiously, keeping track of Intel's dozens of platform and product codenames can be difficult, especially with new names popping up on leaked roadmaps all the time. For the uninitiated, these codenames can be confusing and cryptic, so I put together this CPU codenames cheat sheet.

I'm going to include all the past and present "Lake" processors in Intel's repertoire—though I'm skipping most of the server-specific designs like Cascade Lake, as well as the Atom-derived designs (N/E/M/Z-series processors), as they don't really apply to PC gaming enthusiasts. Here's the not-so-brief overview, then, ordered by launch date.

Intel CPU 'Lake' families up to the present day: 6th through 9th Gen

Skylake (SKL, 14nm, 6th Gen Core, August 2015): The first of the "Lake" CPUs, Skylake was a major CPU architecture overhaul. Intel moved from a 4-wide design (meaning, fetch, decode, and execute up to four instructions per clock cycle) to a 6-wide design. It was the second of Intel's 14nm CPUs—the "tock" to Broadwell's "tick," though of course Intel abandoned Tick-Tock shortly after. Desktop and mobile variants were either 2-core or 4-core, with and without Hyper-Threading (aka SMT, Symmetric Multi-Threading) depending on the family. Skylake also served as the introduction for Intel's Gen9 graphics technology, with improved performance and features.

[Larger Skylake-X variants (socket LGA2066) were introduced in 2017 and range from 6-core/12-thread to 18-core/36-thread designs, and these are part of the 7th Gen or 9th Gen Core families. And that's the last I'll say about HEDT (high-end desktop) for this article.]

Kaby Lake (KBL, 14nm+, 7th Gen Core, August 2016): Kaby Lake represented the official end of Tick-Tock, though technically Devil's Canyon (optimized 22nm 4th Gen Haswell) already messed things up. Fundamentally, Kaby Lake is the same architecture as Skylake, but the manufacturing process was refined—hence the "+" on 14nm+. The changes consist of a modified fin profile and strained silicon, plus refinements in manufacturing that naturally occur as a process matures.

14nm++ increased the transistor gate pitch for lower current density and higher leakage transistors. That in turn allows for higher frequencies, though with larger die sizes and increased idle power use. The biggest change was mainstream desktop 6-core/12-thread designs for Core i7, 6-core/6-thread for Core i5, and 4-core/4-thread for Core i3. Mobile models also got 6-core 45W CPUs for the first time.

Originally intended to launch in 2016, first demonstrated in 2017, and first shipped in very limited quantities in May 2018, Cannon Lake had more than a few issues. Intel's Cannon Lake page (which is linked from the Core i3-8121U, the only Cannon Lake CPU as far as we're aware), doesn't even exist. But the CPU did in fact ship, and don't you dare say otherwise! (That puts CNL one step ahead of Tejas, the last iteration of NetBurst that tapped out and then never saw the light of day.)

How bad was Intel's first stab at 10nm? The company has downplayed problems, but let's look at the facts. Intel released a 2-core/4-thread 'mobile' design, with the GPU portion of the chip disabled. Starting with a smaller chip is common for new process nodes, but disabling the integrated GPU in a mobile product speaks volumes. It was likely necessary to improve the number of functional chips Intel could get, which suggests incredibly poor yields. And even then, performance and power did not look good.

Cannon Lake does include AVX512 instruction support, which can help in a few specific instances, but everything else is basically bad. Power, memory latency, and other elements were worse than with existing 14nm mobile designs. In retrospect, the difficulties caused by all the enhancements originally stuffed into Intel's 10nm process far outweighed the potential benefits. Cannon Lake was also supposed to debut Gen10 Intel Graphics, but since the GPU was disabled Gen10 effectively turned into vaporware.

Whiskey Lake (WHL, 14nm++, 8th Gen Core, August 2018): A lesser known branch from Intel's main line of CPUs, Whiskey Lake arrived about the same time as the Coffee Lake Refresh, but focused exclusively on mobile CPUs. It includes the same Meltdown/Spectre hardware mitigations (many of which are still done in firmware). There are only a handful of Whiskey Lake processors, consisting primarily of 4-core/8-thread i5 and i7 models, along with one each for 2-core/4-thread Core i3 and Pentium, and 2-core/2-thread Celeron.

This is where Intel is at today, with more 9th Gen Core models slated to arrive soon, including the first ever 8-core 45W laptop parts—which are also capable of 5.0GHz turbo clocks on the top model. Again, it's worth pointing out that Intel is currently on it's fifth generation of mainstream 14nm products (Broadwell, Skylake, Kaby Lake, Coffee Lake, and CFL-R).

Intel's upcoming and future designs: 10th Gen and beyond

Everything from this point on is looking at upcoming CPUs. Plans will likely change, and the further along we go, the less firm any of the data becomes. Crystal balls always seem to be very cloudy.

Ice Lake (ICL, 10nm+, 10th Gen Core, 2019/2020): After the misstep of Cannon Lake and its first 10nm process technology, Intel is pressing the reset button—that's why it gets the plus sign. Ice Lake will be volume 10nm+ production, and it will potentially be the successor for Coffee Lake, Whiskey Lake, and Cannon Lake. We talked briefly about some leaked data on 10th Gen CPU names, and Ice Lake is currently slated to launch on mobile platforms first, this year even. However, there's no mention in current roadmaps of Ice Lake desktop implementations, although previously there was talk of Ice Lake for servers.

At the heart of Ice Lake is the new Sunny Cove microarchitecture, with 2-core and 4-core mobile designs. That would make ICL more of a true successor to the current WHL as opposed to CFL. Ice Lake will also feature Gen11 graphics, and it will have a standard 64 EU design, making it Intel's first TFLOPS-class GPU. Ice Lake may also see the introduction of PCIe Gen4 support, though that was originally listed as a server feature so it may or may not make it into mobile chips.

Comet Lake (CML, 14nm++, 10th Gen Core, 2020): This is a newer addition to Intel's client CPU roadmap (thanks, Tom's Hardware), and apparently we are set for yet another return to Intel's 14nm++ (or is it 14nm+++ now? I seem to have lost track). This will represent Intel's fifth "optimization" pass for 14nm (unless you group CFL and CFL-R under one refresh). Needless to say, that does not boost confidence in Intel's 10nm rollout, as it appears Comet Lake will take on the task of updating Intel's mainstream desktop platform next year. Yikes.

Similar to the way CFL-R added two more cores to Coffee Lake, the latest leaks show Comet Lake extending Intel's mainstream CPUs to include up to 10-core/20-thread designs. That's likely necessary if Intel hopes to stave off competition from AMD's upcoming Ryzen 3000 parts, which are slated to bring 16-core/32-thread parts to socket AM4. Even if Comet Lake improves core counts and performance to keep pace with AMD, however, it's arriving six months too late.

Whether Comet Lake will work in existing LGA1151 300-series chipset motherboards or require a new platform is not yet known. Comet Lake will also be used for H/U/Y-series (2/4/6-core) mobile parts.

Tiger Lake (TGL, 10nm++, 11th Gen Core?, 2020?): The follow-up to Ice Lake is Tiger Lake, which is slated to use a third generation of Intel's 10nm process. Little is known about the architecture, other than it was originally planned to move to Gen12 graphics. Depending on what happens with ICL, TGL could either move forward or get pushed backward. Intel's foray into higher performance graphics parts in 2020 is also likely to impact future GPU designs.

Rocket Lake (RCL, 14nm++++?, 11th Gen Core?, 2021?): Another recent addition on certain roadmaps is Rocket Lake, which trots out 14nm for a seventh round. Yes, seven: BDW, SKL, KBL, CFL, CFL-R, CML, and now RCL. Rocket Lake doesn't show up on many roadmaps yet, and all sources seem to point back to Tweakers and a supposed slide leak via Dell. It's on a "commercial" roadmap so it may be a business-specific implementation of Comet Lake as opposed to a new design. I wouldn't put too much stock in its existence just yet, as releasing a new 14nm design in 2021 seems ludicrous. Then again, stranger things (*cough* Cannon Lake *cough*) have happened.

Alder Lake (ADL, 10nm?, 12th Gen?, 2021?): We're now into the deep unknowns, and all we have right now are basic codenames. After Tiger Lake comes Alder Lake, according to a few rumors and leaks. It's at least two years off, may represent a fourth iteration of 10nm, and little else is known.

Meteor Lake (MTL, 7nm, 13th Gen?, 2022?): Last but not least, plans for Intel's first generation 7nm part already exist, at least in paper and name form. The part will be called Meteor Lake and is due out in 2022. Unless things change, which judging by Cannon Lake and the 10nm transition is entirely possible.

Keep in mind that while AMD (TSMC) is already manufacturing 7nm parts, the physical characteristics of TSMC's 7nm process appear to be more in line with Intel's 10nm plans, so Intel isn't necessarily three years behind. Even so, it's a huge change from the 22nm launch where Intel was effectively three years ahead of the competition on process technology.

That's it for Intel's Lake processors—or at least, all the major desktop and mobile variants. I've skipped the low performance, low power designs like Apollo Lake, Gemini Lak, Lakefield, Skyhawk Lake, and Elkhart Lake, as well as server-only designs. Even without those, Intel still has a full dozen different CPU lakes for your swimming pleasure.

Perhaps even more shocking is that the majority of five Intel CPU generations are covered by a single process technology: 14nm. Digging into the details on various process technologies is a topic for another day, however. Maybe next week.

Intel is currently banging the 10nm drum and saying we'll see volume shipments this year, but it appears most of those volume shipments will be for ultraportable laptops. That's not necessarily a bad thing—more than half of all PC sales are now laptops, though that figure is obviously dominated by business users. But when it comes to PC gaming, it's still difficult to stomach the jump in price when looking at a midrange desktop PC compared to a comparable performance laptop.

Meanwhile, AMD is making inroads on Intel's CPU supremacy and all indications are that it has 7nm Ryzen 3000 parts ready for deployment next month. It feels like turbulent times for Intel and its CPU roadmaps, but even with the 10nm delays Intel is still hanging onto the per-core performance crown. That may change in the coming months, however, and don't be surprised if that in turn causes changes in Intel's future plans.