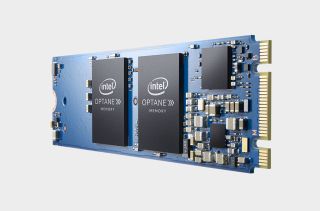 The liquidation trust for Stanford Ovshinsky's long-bankrupt company, EDC (Energy Conversion Devices), is fighting a legal battle against Intel and Micron. The trust believes it's owed past-due royalties for his 3D XPoint innovation and the rights of first refusal to the stock of Ovonyx—the company Ovshinsky and former Micron CTO, Tyler Lowrey, created in 1998 with the intent of commercializing 3D XPoint. The Hall of Fame inventor passed away in 2012, shortly after EDC declared bankruptcy.

In an agreement with Lowrey, Ovshinsky's company, EDC would "license its valuable intellectual property to a to-be-formed entity," which became Ovonyx. Under the agreement, EDC was entitled to 0.5 percent of the revenue it generated, which was over $58 million from June 1999 to May 23, 2012.

For context, 3D XPoint is the technology behind Intel's Optane memory, which is a form of non-volatile memory. (If you'd like a deeper look into Intel Optane Memory, you can read all about it here.) In a joint press release, Intel and Micron first announced it was working on the 3D XPoint technology on July 28, 2015. Intel brought Optane to the consumer market in 2017, but by late 2018 Intel and Micron had parted ways. Micron bought Intel's stake in 3D XPoint and released its X100 SSD in October 2019.

However, when EDC went bankrupt, Micron acquired the rights to 3D XPoint; EDC sold its Ovonyx stock to Micron as part of its bankruptcy process. Intel acquired preferred rights to the stock in 2000. But the lawsuit asserts that EDC never forfeited its right to that percentage of the profits, nor "rights of first refusal relating to Lowrey’s stock in Ovonyx and assets of Ovonyx."

Basically, the EDC liquidation trust is trying to obtain its share of the profits from Intel and Micron since both companies released products based on 3D XPoint for commercial sale between 2017 and 2019. According to the court filing by the liquidated trust, "ECD offered to Micron ECD’s rights [under a 1998 and 1999 agreement] but Micron declined."

Most of the counts named in the lawsuit are against Micron, but Intel is accused of aiding and abetting in a purposeful attempt to keep any money legally owed to EDC. For further reading, the Computer Business Review has more detail on what counts are being brought against Intel and Micron.

Joanna Nelius
When Joanna's not writing about gaming desktops, cloud gaming, or other hardware-related things, she's doing terrible stuff in The Sims 4, roleplaying as a Malkavian, or playing horror games that would give normal people nightmares. She also likes narrative adventures.
See comments