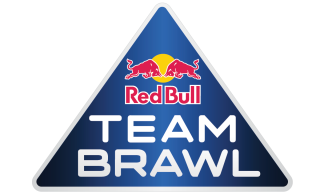 One of the things I like best about competitive Hearthstone is that the lack of in-game customisation hasn’t stopped esports orgs from putting on innovative tournaments. The Archon Team League was one of the highlights of last year for the way it created spicy narratives, and Tempo Storm’s ChallengeStone series was fun because it restricted card choice according to arbitrary rules (e.g. Minions have to have an odd attack value, Spells have to have an even cost).

On 6th February, both Team Archon and Tempo Storm will be competing in a new format that blends a similar sense of innovation with team-based play. Starting at 12.00pm PST in Santa Monica, the Red Bull Team Brawl: Hearthstone is a one-day event that uses a ‘sealed draft’ format.

Clearly inspired by Magic: The Gathering’s format of the same name, the sealed draft will see each team of three players will be given 240 random cards from which to build three decks.

Teams only have 30 minutes to create their decks, and each card can only be used once—so no putting Dr Boom in every deck, even if you’re lucky enough to pull him. During matches, all three players on the team will be able to discuss strategy, which will almost certainly lead to epic levels of salt when plays go wrong.

In theory you can try your own hand at creating a sealed draft now, using the tool on Tempo Storm’s site. Unfortunately it seemed to hang for me, but nonetheless I like the look of this tournament a lot. Especially as the lineup of players involved is stellar, with Archon and Tempo Storm being joined by Cloud9 and Team Liquid. It’s not entirely clear from the landing page where the event is being streamed, but my guess would be twitch.tv/redbullesports. We’ll make sure to let you know in next Friday’s ‘The best pro gaming to watch this weekend’ article.