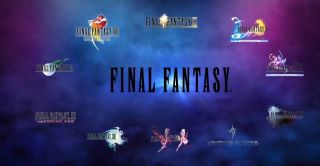 At X019 in London today, Square Enix showed up to announce a whole boatload of Final Fantasy games are coming to Xbox Game Pass, including Game Pass for PC. Here's the list:

Phew. That's a lot of Final Fantasy—though all of the above games are available on Steam, they'll now also be playable for a hard-to-beat $5 per month on Game Pass. There are a ton more games coming to Game Pass this year and next—check out our continuously updated game list where we're keeping track of them all.