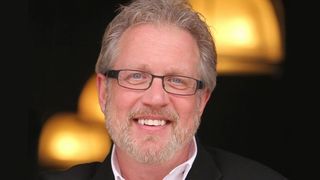 Duke Nukem is a macho guy with a macho voice: Gravelly. Defiant. Strong. It's not terribly surprising then that the man behind that voice, Jon St. John, was asked to voice a national advertising campaign for the “leading candidate” in the Republican party's Presidential campaign. But St. John wasn't into the idea, as he explained in a message on his Facebook page, and so The Duker said “no.”

“I don't like to turn down jobs...especially when it's a national ad campaign that pays pretty well,” he wrote. “But I have a conscience and could not accept a gig to be the advertising voice of the Republican party's leading candidate for president. Thanks for the kind offer, but I will sleep just fine at night knowing I made a choice I can live with. Meanwhile I'm happy to be recording a new videogame today.”

St. John has quite a lot of game credits to his name, so it's possible that he would have been asked to do the ad in the voice of, say, Otto from Runaway 2: The Dream of the Turtle. But I doubt it. Likewise, the “leading candidate” doesn't specify Donald Trump, and could refer to someone else entirely—Ted Cruz appears to be surging—but again, you know, I doubt it.

As for St. John's next videogame project, PCGamesN noticed that his IMDB page lists something called Fallen Angels, in which he'll apparently voice the title role. More information about that game can be found on Facebook or at whoiswhitman.com.