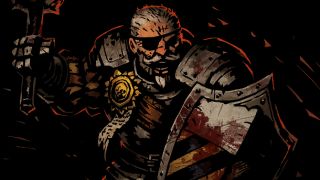 Most PC owners keen to play Darkest Dungeon have done so already: it's been in Early Access for over a year now, and it's one of the best supported titles operating under that scheme. Still, if you're the type to hold off until a game is officially complete, then Darkest Dungeon releases officially tomorrow. The trailer above has arrived to remind us of this fact.

In case you've managed to avoid reading about this game already, Darkest Dungeon is a modern RPG rogue-like with a harsh, low-fantasy aesthetic. It's a challenging game (and it's only become more challenging throughout its Early Access period) but it's also utterly unique and, frankly, worryingly addictive.

For more thorough impressions, Ian spent dozens of hours playing it early last year. If you don't want to wait until tomorrow to play the "finished" game, you can always just go ahead and get it while it's still in Early Access.