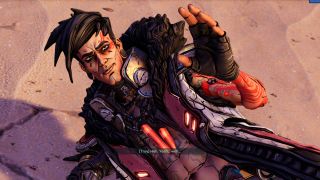 You would think that today's launch of Borderlands 3 on Stadia would be good news for all involved. It's good that Google's new gaming endeavor is expanding its roster, which should double from 12 to 26 by the end of the year.

But in an interesting twist that reminds us that Stadia builds are separately-optimized projects, 2K and Google put out an old version of the game that's missing a pile of previously-released content and patches.

"At launch, the Stadia version of the game will reflect all updates and fixes that were released through October 24," 2K said in a press release. "Noteworthy features coming to the Stadia version of Borderlands 3 expected in early 2020 include endgame content like the Takedown at the Maliwan Blacksite and Mayhem 4 difficulty, dedicated loot pools for bosses, and additional bank space. The first Borderlands 3 campaign add-on, Moxxi's Heist of the Handsome Jackpot, is also expected to launch on Stadia in early 2020."

Two months is a hell of a long time in the life of a new videogame, and for Borderlands 3 it means that Stadia players are going to have to wait for the first expansion, which arrives on other platforms later this week, and other content that's already been released. It also means going without patches and hotfixes that have been released since October 24: The update that added Takedown at the Maliwan Blacksite and Mayhem 4, for instance, also increased the number of vending machines in the game, rebalanced Moze, Zane, and FL4K, and made a large number of bug fixes and changes to the UI, missions, and more.

2K didn't say why Stadia is releasing an out-of-date version of Borderlands 3; more importantly, it also didn't state whether future updates will be released on Stadia simultaneously once it's caught up. I've reached out to ask and will update this story if we learn more about how we can expect Borderlands 3 to progress on Stadia.