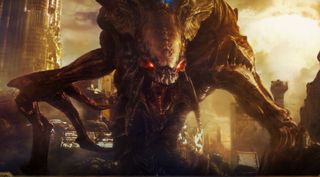 “We are so proud that StarCraft 2 and Warcraft 3 are home to two of the most passionate, storied and devoted communities in esports history," Blizzard president J. Allen Brack said. "Both ESL and DreamHack have been long-standing partners for our esports, and we want to give our players, talent, content creators and fans the stability inherent in a long-term relationship, keeping these communities thriving for years to come."

The first season of the StarCraft 2 tour will be made up of seven tournaments, including including two Intel Extreme Masters competitions and four Dreamhack tournaments, and Masters Championship finals at Katowice 2021, with ranking and qualifying format based on Blizzard's WCS system. The Warcraft 3: Reforged tour will be a smaller affair, with one ESL competition and three Dreamhack tournaments, leading into a final tournament that will take place later this year. The new tours will offer prize pools of more than $4.6 million between them, including more than $1.2 million per year for each year of the StarCraft 2 pro tour.

The difference in the scale of the tours and prize pools reflects the games themselves: StarCraft 2 is one of the most well-established and durable games in professional esports competition (here's us talking about it at the Intel Extreme European Championship in 2011), while Warcraft 3: Reforged, although a remake, is a new pro offering that won't be out until later this month.

The shift to ESL and Dreamhack means the end of the WCS mobile app (it was apparently shut down on December 31, 2019), while the WCS site itself will be taken offline later this year. There are still a new details to be nailed down—Blizzard says that it is "actively working to finalize our Korea plans for 2020 and beyond"—but you can get the full rundown on the new ESL Pro Tour StarCraft 2 as it currently stands at starcraft2.com.