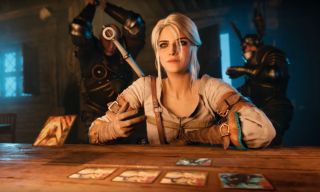 Will there be a Witcher 4? Maybe, but it’s not coming anytime soon—and while it seems likely that developer CD Projekt Red will eventually make another Withcher game, it probably won't have a "4" in the title.

CD Projekt Red is currently hard at work on its most ambitious game yet, Cyberpunk 2077. It’s looking great, but I can’t help but wish for a proper return to the unforgettable fantasy world of The Witcher.

The Witcher 3: Wild Hunt is one of the greatest RPGs of all time, so an eventual sequel would be highly anticipated. So much, in fact, that there’s no shortage of rumors about a theoretical fourth Witcher game, and CD Projekt has commented on the possibility a few times. We’ve gathered everything we know for sure about the next Witcher game so you can manage your expectations accordingly.

CD Projekt famously got the rights to make Witcher games for a flat up-front fee, which novelist Andrzej Sapkowski wasn't thrilled about after the games became enormously popular. Since 2018 the two parties have been negotiating a new deal, and in December 2019 they finally reached it. The new agreement "solidifies and reinforces the company’s relationship with Mr. Andrzej Sapkowski—author of The Witcher saga."

The most interesting quote, however, is this one: "The agreement confers new rights upon the Company and reaffirms its existing title to 'The Witcher' intellectual property in developing video games, graphic novels, board games and merchandise."

That doesn't spell out that new videogames are on the way, but it's a sure sign that CD Projekt has a long-term interest in The Witcher.

More on The Wicher

CD Projekt Red has been somewhat vague about the future of The Witcher game series, but it’s at least clear that the studio needs to take a break from that world. In a 2017 investor call, CDPR co-founder and CEO Marcin Iwinski said that the studio is not abandoning The Witcher forever, but it’s not the current focus. "For the past ten years the team has been working on swords and castles and medieval Slavic monsters. So I think it’s time for some guns, androids, and some ammo."

That’s fair. After three massive RPGs in the same universe and the same character, you naturally want to do something new. Cyberpunk 2077 is in many ways The Witcher's opposite, so it fits the bill. He also reiterated that the studio values The Witcher highly. "We like this world a lot. We invested 15 years of our lives in it and a lot of money. So, we’ll think about [another Witcher game] at some point. But please consider us as rational people, we sometimes have weird ideas but overall our thinking is very rational. We have full rights to The Witcher games. They are ours. We have invested enormous funds into promoting it, and it’s a very strong brand."

So, yes, CDPR loves The Witcher and knows that players would get excited about another sequel. After all, The Witcher 3: Wild Hunt sold over 20 million copies. But it’s working on other stuff, so it might be a long time before we see a full-fledged return to the fantasy world.

Gwent spin-off Thronebreaker, released in late 2018, had disappointing sales, and the competitive Gwent card game never really broke out of Hearthstone's shadow. But it does continue to be supported, so a small part of CD Projekt Red is still embedded in the Witcher universe, even if another big game isn't in development.

Geralt won’t return as protagonist, but he could cameo

Since before the release of The Witcher 3, CDPR has been open about the fact that Geralt wouldn’t return as the protagonist of whatever comes next in the franchise. "With the third installment, we should wrap it up and conclude a lot of threads," Iwiński told Polygon in 2013. "We are not killing the world and walking away from it, but we will definitely want to make this game the finale in a big way."

In the same interview, executive producer John Mamais hinted that Geralt could return with a smaller role or as a cameo. "We might even include Geralt in later games potentially," Mamais said. "We just need to talk about it and figure out what we're going to do next." Geralt is a very flexible character. His long lifetime (he's over 90 in The Witcher 3) means that he could pop up in stories told long before or after the events of CDPR’s trilogy.

It probably won’t be called The Witcher 4

Whatever form the next big Witcher game takes, it probably won’t have a 4 on it. CDPR co-founder Marcin Iwinski has made it clear that the studio sees the first three games as a standalone trilogy. "The Witcher was designed as a trilogy and a trilogy cannot have a fourth part, can it?" he said in a 2017 investor call.

The clarification might sound trivial, but it’s more about setting the right expectations for what comes next. Not only will a theoretical next Witcher not star Geralt, but it might be different in more fundamental ways than we’re assuming. It could take place on a different continent, be in a very different time, or maybe not even be about a witcher. The game could step away from witchers themselves and explore sorceresses or vampires. It’s a rich world to draw inspiration from. I’m partial to the diverse, wandering lifestyle of Witchers, but I’m also open to something different.

CDPR plans to release another triple-A RPG in 2021

At least, that’s the last we heard—since Cyberpunk 2077 is out in early 2020, that sounds like an ambitious timeline. As recently as March 2019, though, CD Projekt Red said that its plans to release another triple-A RPG, besides Cyberpunk 2077, remain unchanged. Assuming the new game is announced in 2020, that would be a fast turnaround for the studio that typically announces projects years ahead of release.

The big question, of course, is what the new game could be. If it’s a brand new Witcher game, then it’s a well-kept secret. Maybe the comments about taking an extended break from the series were a ruse, or maybe priorities simply changed. My money is on it taking place in the world of The Witcher, but in a different genre, similar to Thronebreaker: A Witcher Tale. Another safe bet is a spinoff Cyberpunk RPG set in the same universe. Either way, it's exciting.

When does Ciri get her own game?

Don't click the link if you haven't finished The Witcher 3.

C'mon, CD Projekt. You set it up. Time to give Ciri her due.