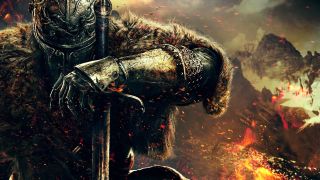 Life is too short to get stuck in a boring game. The phrase "100-hour RPG" sounds wonderful, doesn't it? But when you're 80 hours in, you've mastered all of the systems, and you know there's still a solid Earth day of time left before the credits, it ain't so great. While we love big games that give you a lot of entertainment for your buck, it has to be said that some games really overdo it.

That brings us to this week's PCG Q&A. Which game is just too damn long? Let us know your answers in the comments.

Dark Souls feels like a fine sculpture that began as a massive slab and was carved into a work of art, most of the stone ground away until only the shape within remained. Dark Souls 2 is more like, eh, why waste all that stone? Let's just make an obelisk! It's still a great RPG, but sets out to be bigger than its predecessor, and that means area after area with limited connections between each other, and a game that keeps going and going and going. You get a hell of a lot of game for your money, but the trade-off is a loss of thematic consistency and a few areas that feel like they probably could've ended up on the cutting room floor in a tighter game.

Did we really need Black Gulch, a long, dark corridor you walk down while statues spit gobs of poison at you? Nah. Could Harvest Valley, a bland sequence of muddy pits, have been more compact and more interesting? Definitely. And that bit about going inside the Giants' memories? Cool, I guess, but I was really ready to be done by that point. I found Dark Souls 2 exhausting, which is probably why it's the only game in the series I have no interest in replaying.

I like the Heroes of Might & Magic games, but the campaigns do make you feel like someone's pressing the reset button. Constantly facing a new map, building another army from scratch, conquering and upgrading cities again—eventually it's a bit much. King's Bounty: The Legend (a sort of remake of the game that inspired Heroes of Might & Magic) seems like a perfect fix. It's got similar of fantasy turn-based combat, all hex grids and dragons, but it's the one map the whole time and you're always leveling up the same hero. It feels more like progress.

Plus, it's got a goofier tone. For a long time my army had snakes and werewolf elves alongside the knights, and after meeting several romanceable characters I eventually married a frog princess. (This is a game where you can famously wife a zombie.) But after 20 hours, King's Bounty: The Legend wore out its welcome. The more of the map you explore, the more of a chore it is to march back and replenish troops, and later areas are thin and lacking sidequests. The idea of playing for at least another 20 hours to get to the end had no appeal. The thing is, if it was all neatly wrapped up at a sensible point instead I probably would have gone back by now to try out a new hero class, and maybe find out what happens if you marry a zombie. But because my final memory is of boredom and abandonment, I know I'll probably never go back.

In a way I'm glad there isn't a great, licensed Major League Baseball game for PC. Because most years I fall into this trap: I'll decide to buy a baseball game and play a full season mirroring a real season: basically one game a day, 162 games in six months, plus the post-season if I make it. And a couple weeks in I'll be like ohhhhh why did I do this, this is so boring. Baseball seasons are so very long, and so is simulating them.

Part of the problem is I just don't want to play a bunch of teams I don't think about often with players I don't know. Like, do I really want to spend three consecutive days playing the Cincinnati Reds or the Colorado Rockies? Do I ever want to pull my fifth starting pitcher and put in my only rested reliever to throw against some batter on the Brewers I've never heard of? Do I want to sit through a late-season, utterly meaningless nine-inning game against the fucking Royals? I've never been someone who loves baseball so much that I can just watch any game, I kinda need to have a stake in it, with star players in the lineup or on the mound, something to keep my interest. Playing every game in a season, maybe once a week you have a good match-up. Six months is a long time to play something that only holds your interest every so often.

Amnesia scared the bejeezus out of me. I hated playing it, and I hated myself because I couldn't stop playing it. It just got worse and worse and worse, relentlessly grinding me down with tension and jump scares and creeping horror, until something in my head finally broke. Somewhere near the end of the game (but not as near to it as I'd thought), I snapped—or, closer to the truth, I ran out of patience with being constantly horrified. And somehow, the effect just stopped.

The rest of the game was a fairly frightless stroll to Daniel's final fate, and as oddly relieving as it was to have crossed the threshold into the relative safety of "numb to the horrors of this existence," it was a letdown, too. I don't have issues with the ending itself, because it was bound to be ambiguous and weird. But I've always felt that it was diminished by its lateness. Instead of a knife-in-the-eye exclamation point at the end of a journey through the best worst game ever, it's just a routine wrap-up: Job done, go home. Not exactly the gut-punch finisher that a great game like Amnesia deserves.

This applies to the Baldur's Gate games too. I only ever manage to get about halfway through before I get distracted and wander off into a different game. It's in the nature of a good cRPG to have very dense towns packed with NPCs that have lots to say. It's a great strength of the genre because it means you can stumble into big quests by accident, but wow does it take time to get through these games.

Dungeons can take many hours, as well, especially if you like to pause time a lot and sit there stroking your chin thinking about critical hit odds and party positioning. When I return to the surface and emerge into the sunlight, only to be confronted with another massive, beautifully drawn town, I think 'oh boy.' I have to force myself to walk through the gates and chat to a few characters, just to give me a thread to hold onto the next time I start the game. Otherwise when I'm sat at my PC thinking about playing something I'll remember that I have a whole town to crack. Then I'll realise there are going to be so many more towns and dungeons to go before the end, and somehow it just feels easier to give up and play something else.

Don't get me wrong: I love Metal Gear Solid. I adore its world, its gadgets and its characters—and in a series brimming with epic boss battles, Sniper Wolf, Psycho Mantis, and Cyborg Ninja/Gray Fox are to this day among my favourites. But what about all that faffing about with the PAL Key towards the end?

I suppose my grievance with Metal Gear Solid isn't that it's too long, then, but that everything between the second Vulcan Raven fight and climbing Metal Gear REX makes it feel that way. Lose the PAL Key, search the drainage gulley, find the PAL Key, track back to the furnace, heat the PAL Key, travel back to the warehouse, freeze the PAL Key—what the hell is that all about? The previous sniper rifle jaunt that requires you travel from one corner of the map to the opposite irritated me to no end during my first playthrough, but this almost made me quit entirely. And, to rub Foxdie in the wound, at the end of it all you discover Liquid's sewn you up and you've armed the warhead anyway. Sneaky bastard.

Admittedly, the latter battles with REX and Liquid are dynamite, and just about make up for all that prior arsing around.

The original Dead Space is still one of my favorite and most-played games of all time, but I like its sequel a lot less because it runs out of ideas well before it ends. Yes, the whole eye stabbing thing provides a brief defibrillation, but new scares and environmental challenges slow to a drip around the halfway point. There are a few areas in Dead Space that make you think "Oh no, another air vent with a Necromorph inside," and that's basically the entire second half of Dead Space 2.

It doesn't help that the story never really goes anywhere. You spend the first game unraveling the Ishimura's true mission, deciphering the mystery of the Marker and gauging the motivations of your crewmates. It's a slow boil, and by the time you realize the water's gotten hot enough to kill you, it's too late. Which is suspenseful and unnerving and even some other spooky adjectives, but it also means you start Dead Space 2 knowing all the twists. The rabbit won't go back in the hat, so the sequel begins exactly as it ends: with Isaac struggling to escape a bunch of loonies and monstrosities and trying to figure out who's worse. Everything in between feels like a sightseeing tour, and the scenery really starts to repeat itself after a few hours.

I enjoyed Prey's sense of place. The fact you could access the entire ship from the exterior while floating in space made Talos I feel pretty real, but the game itself feels several hours too long. In completing the game's various sidequests, I felt like I'd seen the same places a few too many times, and that I was waiting for the story to be over.

At the same time, a lot of the game's later encounters are with the operator robot enemies that are best dealt with using guns. Unfortunately, scraping together ammo at that late stage in the game felt like a struggle to me. I feel like if Prey was 25% shorter, it would've left a slightly better lasting impression, and may even have crept into my GOTY shortlist for last year.