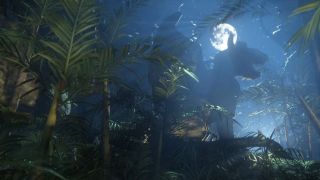 UL Benchmarks is getting ready to retire a few of its older benchmarking applications, including 3DMark 11, which some people still use to gauge their PC's graphics performance (and especially in the overclocking community, mostly in pursuit of world records). According to the developer, 3DMark 11 and a few others "no longer provide useful, comparable results on modern hardware."

Incidentally, UL Benchmarks has chosen January 14, 2020, as the day of forced retirement for the affected applications. That's the same day Microsoft will discontinue support for Windows 7, a fact UL Benchmarks is keenly aware of.

"You may have heard that Microsoft will end support for Windows 7 on January 14, 2020. Benchmarks also have a natural lifespan that ends when they no longer provide meaningful results on modern hardware. When old benchmarks are used with new hardware, the results can be skewed or limited in ways that reduce their accuracy and relevance," UL Benchmarks says.

So in three and a half weeks, Windows 7, 3DMark 11, 3DMark Cloud Gate, 3DMark Ice Storm, PCMark 7, and Powermark will all cease to be supported.

Obviously Microsoft is invested in getting as many people onto Windows 10 as possible, and has begun pushing out fullscreen notifications to Windows 7 users about the end of support date. As it applies to the benchmarking software, UL Benchmarks says "in every case, there is a newer and more relevant benchmark test" that people should use instead.

UL Benchmarks went a step further and provided a handy list, in case you're wondering what the appropriate modern benchmarking program is for whichever older one you might still be using. Here's a look:

After January 14, the unsupported benchmarks will no longer be sold, no longer receive updates, and no longer be guaranteed to work with the developer's online services. If you already own 3DMark 11 on Steam, however, it will stay in your library and you will still be able to run it.

Perhaps as a nod to the overclocking community and those who chase world records, UL Benchmarks makes legacy benchmarks available for free on its website (going all the way back to 3DMark99). Officially, they are "provided for entertainment only" with no guarantees about compatibility or customer support.

Keeping in line with this, 3DMark 11 and PCMark 7 will be available for free starting January 14. So if you were tempted to purchase the full version of either one, resist doing so and just wait a few more weeks.