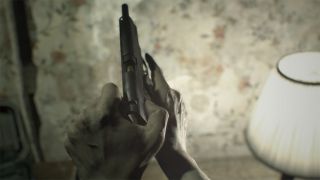 Resident Evil 7: Biohazard is a return to original form that has fans excited about the franchise again, and it's now available to play (check out our review). However, before you step into the shoes of protagonist Ethan Winters and head into the Louisiana bayou in search of his missing wife, Nvidia has a Game Ready driver update available.

"Game Ready drivers provide the best possible gaming experience for all major new releases, including Virtual Reality games. Prior to a new title launching, our driver team is working up until the last minute to ensure every performance tweak and bug fix is included for the best gameplay on day one," Nvidia explains.

Beyond game optimizations, Nvidia's newest drivers add support for the notebook versions of the GeForce GTX 1050 and 1050 Ti. There's also a bunch of new SLI profiles. They include:

Nvidia crammed nearly a dozen bug fixes specific to Windows 10 in the 378.49 driver release as well. Here they are:

You can download the latest Nvidia drivers here and/or check out the release notes here (PDF).