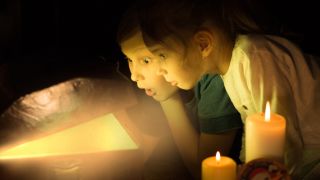 Claire Murdoch, mental health director of England's National Health Service (NHS), has reignited the loot box controversy with a report claiming they push young people into "under the radar" gambling.

"Frankly no company should be setting kids up for addiction by teaching them to gamble on the content of these loot boxes", she said. "No firm should sell to children loot box games with this element of chance, so yes those sales should end."

Loot boxes aren't currently regulated by England's Gambling Commission because their contents can't be monetized. The report calls this a "loophole" because, "Despite this, third party websites selling gaming accounts and rare items are commonplace and easy to find on places such as eBay across the internet."

Murdoch called on game publishers to ban games whose loot boxes encourage children to gamble, as well as to introduce spending limits, tell players the odds of receiving each item before they buy a loot box, and "Support parents by increasing their awareness on the risks of in-game spending".

As for what those risks are, the report says, "Investigations have found numerous cases of children spending money without their parents’ knowledge, including a 16-year-old paying £2,000 on a basketball game and a 15-year-old losing £1,000 in a shooting game."

Here's our feature on the addictive psychology and seductive art of loot boxes.