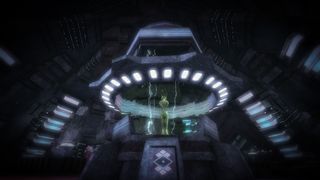 Today, as with every other alternate Tuesday, a new Guild Wars 2 trailer has happened. This one comes with the phrase, "to catch a thief, you must become a thief," which, for Thief characters, isn't going to be too much of a stretch.

If you are into the series' story, this Living World season has been liberally exploring past events. The suggestion of the trailer is that players will somehow relive Caithe's past—specifically her relationship with Faolain.

In related news, MMORPG are reporting that, from tomorrow, Guild Wars 2 will be available for 50% off. The sale is running on the game's store page, and will be active until 7 December.

The Seeds of Truth update is out next week, on 2 December.