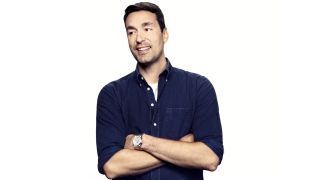 EA has announced its Chief Design Officer Patrick Söderlund will move on from the company later this year.

In an open letter titled “An update on our creative leadership,” EA CEO Andrew Wilson paid tribute to Söderlund ’s impact on the company over the past two decades:

“Patrick has been a trusted business partner and a great friend, and his inspiring leadership has had an outstanding impact on EA," Wilson wrote.  As an integral part of the management team for many years—including as head of Worldwide Studios and, most recently, Chief Design Officer—he’s been an agent of change and transformation.”

Formerly CEO of DICE, Söderlund  joined EA’s executive board after it acquisitioned the Swedish studio in 2006. He played a key role in the spread of DICE’s powerful Frostbite engine across the company, with it becoming the technological basis for games like Dragon Age: Inquisition and Mass Effect: Andromeda.

Wilson further stated that EA will undergo some reorganisation in preparation for Söderlund ’s departure. “The SEED team led by Johan Andersson will join our studios group to continue driving advanced design and innovation at the leading edge of games.” He added “with new games and content playing a vital role in our networked future, the EA Originals and EA Partners teams led by Rob Letts will join our Strategic Growth group.”

No information was offered regarding Söderlund's planned destination, but it undoubtedly represents a substantial loss for EA, given how integral DICE’s technology has become to the company as a whole. Wilson signed off by thanking Söderlund  for his contributions. “He will always be a part of our EA family.  And thank you all for leading us forward.”