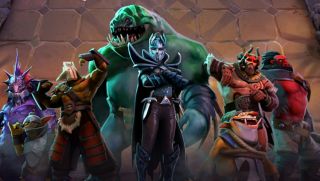 This week's Dota Underlords update was accompanied by the news that it's almost broken free of Early Access and will soon hit 1.0. It launched on Steam back in June, and in February the first season will officially kick off.

It's not a moment too soon, as Valve's auto battler has been losing traction. Initially it boasted a player count that was double Artifact's at its peak, but it's steadily been declining, now down by around 90 percent, and so far has shown no signs of plateauing. No update has managed to move the needle significantly, but the 1.0 update should get a bit more attention.

There's only one more update to go before the milestone, along with some balance tweaks and fixes, and one more Underlord. The 1.0 patch that follows will include the battle pass, hero/item rotation, a UI update and more.