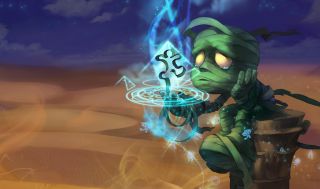 The Chinese League of Legends Pro League has announced that competitions have been delayed indefinitely due to the outbreak of coronavirus currently spreading in mainland China. The LPL’s official twitter account released an English statement earlier today, saying that week two of the current LPL series is postponed "until we can ensure the safety and health of our players and fans." The statement apologizes for the disruption and promises to update fans as soon as possible, reminding them to stay safe.

The decision to suspend the games may not have been entirely up to the LPL, as China has greatly restricted travel and banned large gatherings in major cities in order to halt the spread of the virus, which is considered highly contagious. All professional sporting events have been suspended until March, per China’s General Administration of Sport.

We have decided to postpone week 2 of the LPL until we can ensure the safety and health of our players and fans. To our fans, we sincerely apologize that it has come to this and we will share any and all info as soon as we can. Stay Safe and thank you all for your support!January 26, 2020

The current outbreak of coronavirus in China is confirmed to be deadly, with thousands infected and 80 reported dead so far. It started in December around the city of Wuhan, but has since spread further afield, with a handful of cases confirmed among recent travellers to China in the United States. The World Health Organization Director-General Tedros Adhamom Ghebreyesus has weighed in, advising against panic, saying that "This is an emergency in China, but it has not yet become a global health emergency."