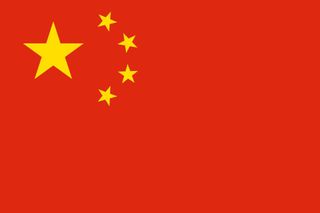 China’s months-long freeze on new game approvals has turned into further regulation efforts. The government plants to curtail the number of online games and discourage play-time, all in an effort to curb a growing number of myopia cases in young children.

Bloomberg reported that the new gaming regulations came as part of a much wider series of edicts that included encouraging outdoor activities and restricting useage of more general electronic devices. But the regulations also focussed on a restriction on the total number of online available to play in China, and greater controls over the introduction of new online games into the country.

The aim of these new regulations, apparently, is to reduce the cases of myopia in children by at least 0.5% a year until 2023. A statement made by President Xi Jinping was posted on the Chinese Ministry of Education’s website, in which he spoke about the urgency of protecting children’s eyes as myopia becomes apparent at ever-younger ages.

The responsibility for regulating the sale of games will apparently fall to the regulator for press and publications. “The use of electronic products for non-learning purposes should not exceed 15 minutes and should not be more than one hour per day,” the regulators said.

Unsurprisingly, the news has hit the already-beleaguered Chinese games market hard. Its two largest games companies—Tencent and Netease—both saw their share values drop by 5% at the news. The effect was also felt in Japan, where Capcom’s share price dropped by 7.5%, while Neon fell 5%.

Speaking to Bloomberg, Tokyo-based game-consultant Serkan Toto stated his concern that this is unlikely to be the last of the Chinese government’s moves to attain greater control over how games are distributed in the country. “The government seems determined to send a message to parents that they agree games are evil and usage must therefore be restricted” he said.