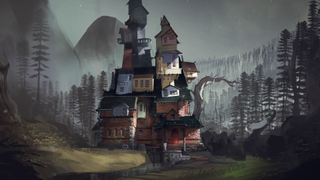 You may know Annapurna Interactive for games like What Remains of Edith Finch, Ashen, and Outer Wilds, but while it's been publishing well-received and visually striking games, its parent company, Annapurna Pictures, has had to explore bankruptcy options after financing several box-office bombs (including Vice, The Sisters Brothers, and Destroyer), and racking up hundreds of millions in debts.

According to Variety that debt has now been resolved, and creditors "will receive roughly $0.82 on the dollar to cure more than $200 million in debt". In future Annapurna Pictures will either find financing partners for movies "on a case-by-case basis" or they'll be paid for by Annapurna's wealthy owner, Megan Ellison.

In the past Annapurna Pictures has co-produced several hits, including Zero Dark Thirty, American Hustle, and Sausage Party, all of which grossed over $100 million. Annapurna Interactive recently published Telling Lies and the PC ports of Journey and Flower, and next year will release time-looping adventure game 12 Minutes.