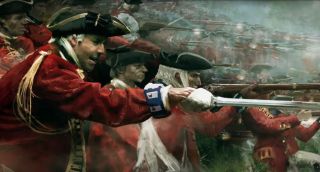 Age of Empires 4 is in development by Relic Entertainment, creators of the Company of Heroes series and other beloved strategy games. It's the first new entry in the series in well over ten years—AoE 3 was released all the way back in 2005.

Other than its existence, and the intention to publish the game exclusively on Windows 10, publisher Microsoft Studios has revealed almost nothing about the project since it was announced back at Gamescom 2017. Below, we've collected everything we know about it so far, as of Fall 2019.

If you're looking for something to play in the meantime, check out our list of the best strategy games, or see what we thought of Age of Empires: Definitive Edition in our review.

Age of Empires 4 release date: likely in 2020 or later

There's still no official Age of Empires 4 release date. We were hoping for one at XO19 this year, but it wasn't in the cards. Still, the game seems to be making great progress.

As announced back in August by Xbox Games Marketing GM Aaron Greenberg, the first gameplay reveal of Age of Empires 4 was shown during X019. The reveal was a bit lighter than anticipated (the whole trailer is only a minute long), but it's still something.

In an interview with GamesRadar, creative director Adam Isgreen hinted how Relic is evolving the RTS campaign in Age of Empires 4. "We're doing something very different with the campaign… I can't talk about it, but it's really crazy-cool," he said. "I can say that we will be bringing history in a fun and exciting way to people – the way we coined it for Age of Empires 4 is 'humanised histories'."

Age of Empires 4 will 'modernize' the series without overcomplicating

Talking to GamesRadar, creative director Adam Isgreen shared Age of Empires 4's goal to not overcomplicate the new game in an attempt to modernize it. "Generally speaking, the longer a genre exists, the games that are responsible for taking it forward tend to make it more complicated. With Age of Empires 4, it was important for us to be like, 'okay, how do we back away from that?'. We do not want to take on all of the complexity that we see in RTS games today," he said. "This is a fresh start for us. We want to modernize the series and that means we are going to do things differently."

How far along is Age of Empires 4's development?

Microsoft has been pretty tight-lipped about Age of Empires 4, including at E3 this year when we tried to needle Phil Spencer (Microsoft's EVP of gaming) for more info.

He did say that the game is "making good progress" and that Microsoft has been impressed by the capability of the team at Relic developing AoE4. Apparently Microsoft and Relic are both learning a lot about the AoE community's hopes for AoE4 thanks to the concurrent development of the Definitive Edition for Age of Empires 2, which is being developed by a brand new studio dedicated to Age of Empires.

The Witcher 3 composer Mikolai Stroinski announced on his Facebook page in January 2019 that he'll be composing the soundtrack to Age of Empires 4. Perhaps this is a sign the game is making progress, and that we'll hear more about it soon.

This trailer is all we've seen of Age of Empires 4—it leaves the style of game totally open to interpretation, though we anticipate some mix between Relic's in-depth style of strategy with the resource-balancing and long tech trees of AoE.

Age of Empires 4 is being made by Relic, creator of Company of Heroes

Relic added a few words on its own website about Age of Empires 4 back when it was announced. "[We] couldn’t be more proud to be a part of the legacy," the blog post reads. "We can’t wait to tap into our strengths as a studio to fuse historical context with deep strategic gameplay, and to bring this franchise back to the forefront of gaming and into the hands of its beloved community."

Age of Empires 4 will be Relic's first game produced for a publisher other than Sega, its owner, since it was purchased by auction in the selling off of THQ's assets in 2013. Speculating, it's likely that Microsoft paid Sega for the right to work with Relic, as it probably did for Creative Assembly, the Sega-owned studio that developed Halo Wars 2.

In 2009 Microsoft disbanded Ensemble Studios, the original creators of Age of Empires, eight years after acquiring it in 2001.

Age of Empires 4 won't have microtransactions

Speaking to PCGamesN at XO19, creative director Adam Isgreen said that microtransactions aren't in the game's future. “The idea of microtransactions in a real-time strategy game isn’t a thing,” he said. "DLC, expansions – all of that is things that we’re going to be exploring for Age 4.”

When is Age of Empires 4 set?

Judging by the animated concept art in the trailer, Age of Empires 4 won't take the series to a singular new era. Instead, a variety of armies from previous games in the series are featured in the footage: Native Americans, British Redcoats, Roman legionnaires, Japanese samurai, and others. It's unclear whether these are the units or factions we'll control in Age of Empires 4. Hopefully they won't take the form of individually purchasable armies, as Relic did with Sega's Company of Heroes 2.

An Age of Empires 3 remaster is also in the works

Following suit after the Definitive Editions for both Age of Empires and Age of Empires 2, a remaster for AoE 3 is also in the works. No word on a release date for that, but expect it before the eventual release of AoE 4.

Finally, hat tip to Bill Gates, who presumably got this whole Age of Empires 4 thing rolling after answering this question in a Reddit AMA in March 2016:

Need something to play in the meantime? Check out our best strategy games on PC, and check out our Imperator Rome review if you're after more historical strategy.